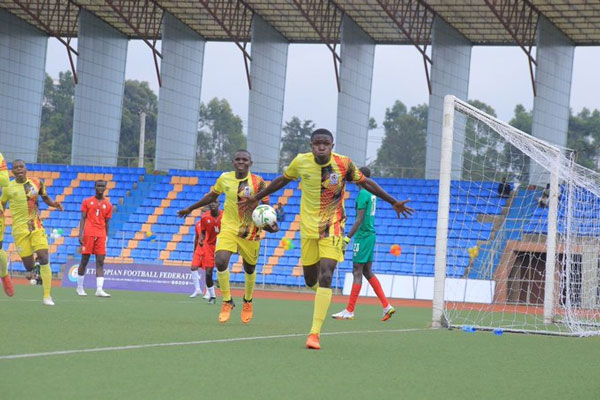 Uganda’s national Under 17 team, the Cubs have kicked started their campaign in the TotalEnergies U-17 Africa Cup of Nations (AFCON) for the CECAFA Zone with a 4-0 winning note against Burundi.

The Cubs gave the Burundi team no chance in the opening Group B match played at the Abebe Bikila stadium in Addis Ababa, Ethiopia today.

KCCA’s youngster Alex Yiga netted a brace, while Arafat Nkoola Arafat and Richard Okello also got their names on the score sheet to ensure Uganda Cubs secure a comfortable victory.

Yiga put Uganda in the lead just 12 minutes into the game when he converted Abubakali Walusimbi’s cross before Nkoola doubled the lead in the 39th minute after meeting Hakim Wandera’s free kick. But before the break, Yiga scored the third goal to give Uganda a commanding 3-0 lead.

Uganda Cubs did not rest after returning from the break, Coach Hamza Lutalo’s team continued pressing and their efforts yielded eight minutes later when Okello met Ssembatya Ssonko’s cross and made a simple tap-in, a goal that defined a full-time report.

The victory puts Uganda at the top of group B with three points in the bag. The Cubs will return to action on Thursday to play South Sudan in the final group stage game.

Speaking at the post-match conference, Coach Lutalo said their early preparations have played a big role. He said the team will now switch to their second match against South Sudan which will guarantee their berth in the semi-final.

In the second match Somalia shocked hosts Ethiopia 1-0 in a Group A match played at the same Stadium.

The tournament which was delayed by three days is serving as the region’s qualifier for the U-17 African Cup of Nations with the two finalists earning direct qualification to the continental showpiece, which will be held in Algeria in April 2023.