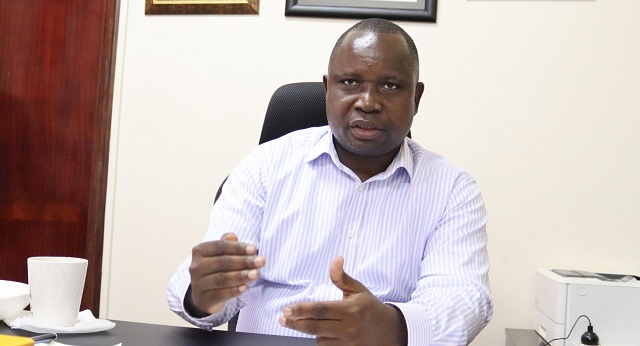 Parliament has denied that there was vote rigging during last month’s East African Legislative Assembly-EALA elections.

Speaking to Uganda Radio Network, Chris Obore, the director for information at Parliament said their records show that there were neither unauthorized persons who participated in the election nor MPs voting more than one time.

Declaring the results of the hotly contested election, Speaker of Parliament Anita Among declared that 495 MPs had participated in the election out of the 529 MPs who make up the 11th parliament. This wouldn’t have been a strange case had it not been that 57 MPs of the National Unity Platform-NUP had abstained from the vote on top of a yet to be identified number of MPs who were outside the country. However, Obore said although NUP had declared that it will not partake in the election citing the unfairness in the process, it appears that some members defied their party position and voted.

Obore called upon those MPs who voted against the wishes of their party to come out and confess instead of allowing the reputation of parliament to suffer.

The NUP under the leadership of the party president Robert Kyagulanyi Ssentamu decreed that MPs on their ticket shouldn’t take part in the election, citing the ruling National Resistance Movement brinkmanship that saw them not only take the lion’s share but also influence the candidate to be supported from the opposition.

Of the nine EALA MP seats, the NRM took six of them while the opposition was given one position, with two going to the independents. Mathias Mpuuga, NUP vice president for Buganda region who also doubles as the Leader of Opposition in Parliament said they can never be part of such a fraud process. But Obore said because a party has made a pronouncement, it doesn’t mean that all its members will respect it.

“We have a tendance of our political leaders to think that once they speak to the media they have scored. The media provides some therapy to some politicians. Sometime, they say something that is not true for political purposes. But what I saw, there is increased desire by the people to go to EALA and there are only nine positions. We had 28 candidates and many of them have been associated with parliament. Most time people who come here know how parliament works. So, it might be very difficult for outsiders to be voted and they might mistake it for rigging because they don’t know how parliament works,” says Obore.

But speaking to Uganda Radio Network, Mpuuga said anybody who alleges that NUP MPs could have voted must prove it.

Asked about the register that was used during the election, Obore said it couldn’t be readily available because it’s in the custody of the Clerk to Parliament who is currently out of the country.

Mpuuga said the brouhaha that was witnessed at Parliament which saw even an MP grab a ballot box and run away with it is testimony of the decay that has eaten up the Ugandan society. Mpuuga said parliament mirrors society and that a vote at parliament is not different from a vote at Kampala taxi park.

“I saw MPs fight in an attempt to break ballot boxes; same things happen throughout Uganda. It is testament to the fact that the electoral system broke down in this country. Some of the people you see in this parliament are vote thieves. I can’t point out one person or the other but if you asked from where they come from, they will tell you, so and so stole so and so’s vote. Some of them were involved in electoral violence. They are still the same violent people who fought during their party primary elections, they fought in the national election and nothing happened to them instead they came out victorious. So, stealing votes and fighting is part of their political culture. So, fighting in parliament and stealing votes really cannot cause them pimples,” says Mpuuga.

On why the six NRM candidates their names came first and following each other, Obore said there is no law that was broken. Ordinarily, names are arranged in alphabetical order. But of the 28 candidates who participated in the election, they were arranged according to political parties where those of the NRM came first. This Gilbert Agaba who lost narrowly to DP’s Gerald Siranda by just 23 votes said was a scheme for rigging. But Obore disagrees.

“It might be contrary to what you are used to but it’s not illegal. Would you think that you would go to EALA in this parliament without the support of the NRM? So it doesn’t matter how the names are arranged, if the NRM doesn’t support you, you can’t win; the electoral college is full of NRM and given that the NUP had said they had boycotted, the election was almost entirely for the NRM. It’s as simple as that. What would your position on the ballot paper do?” Obore said. He also defended the Speaker Among who implored MPs to vote for the six NRM candidates of the NRM for continuity.