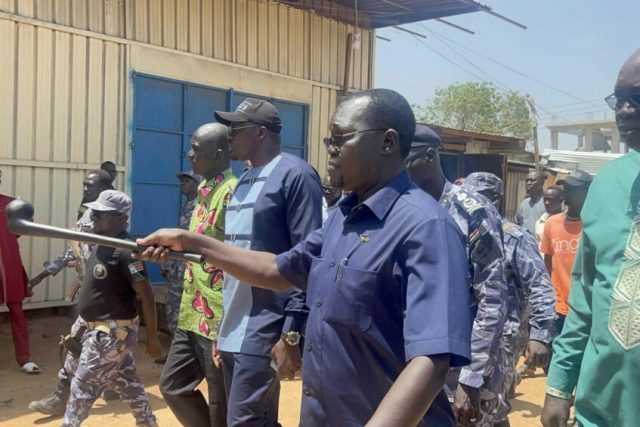 The Mayor of Juba City Council has banned the institution of Jonglei state traditional courts in the town and ordered for their immediate closure.

The order states that the Rajaf ‘B’ Court Bor court, and its affiliates at the Bank of River Nile, Mangaten 107, are not applicable within the jurisdiction of the city council as stipulated in the South Sudan Local Government Act, 2009.

“This order is issued for closer of unauthorized operation of the traditional court under Jonglei State (Bor) in the garden area, MTC along the Bank of the River Nile, Mangaten 107 areas, Khor-William and other areas within the city council,” the statement read.

Allah Jabu warns of arrest and legal measures against those illegally promoting operations of customary law courts within the environs of Juba City Council.

He has now given the unauthorized courts seven days to remove their facilities or else face forced demolition.

The city Mayor has also instructed Block Councils of Juba, Kator, and Munuki administrative units, the law enforcement agencies, and the sector commanders to ensure the local order is implemented in letter and spirit.