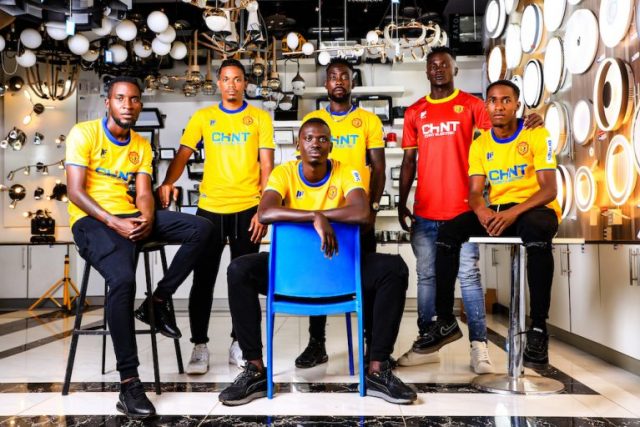 Chint Technologies is the new principal sponsor and lighting partner of the 13-time league winners KCCA.

Majorly in this new deal, Chint will give KCCA FC floodlights to light the Omondi Lugogo Stadium.

And KCCA FC CEO Anisha Muhoozi has confirmed that starting the second round of the ongoing UPL season, they will host league games at night.

“We decided to look for them to light up our stadium,” Muhoozi said during a press conference on Monday at Mestil Hotel in Kampala. “They shall be giving us floodlights and we shall host games at night.”

“We are visionaries, and we want to bring life back to football in Uganda. Most of our fans are always at work during the normal kickoff times at 4pm but with night football, we expect large crowds. And Lugogo will hence be known as home of night football.”

UPL last had night football in the 2018/19 season, with games played at Namboole under floodlights, a stadium that is currently under renovation.

Nowadays, Clubs are doing everything in their own means to create good atmosphere as they seek to bring back fans at the stadium.

The deal is reportedly worth Sh300m each year for a period of three years.

Sherry Shi, Managing Director Chint, commented that the talks to have KCCA on board, started way back in 2018.

“It’s with great joy to have KCCA FC on board, this is really a result of talks that started in 2018 when they knocked on our door,” Sherry said.

“I have to tell you the truth that I am not a football fan, and I was hesitant that this deal may not bear good fruits but the team have convinced me that it will be a good one.

“I now believe that this is a step in right direction because we are partnering with the best club in the country, and we are honoured that you chose us to provide your lighting solutions.”

He stated: “Our dream as StarTimes, from the start, is to waking up one day and one of the stadiums in UPL can have night games. And we are happy that KCCA has done that.”

“When Anisha Muhoozi briefed me about this move, I was very excited and what she didn’t tell you is that we have been pushing them to have floodlights.

“And with the games live on TV, this will increase more eyeballs and to you Chint, this is a win win situation because you have chosen the right option.”

In his brief remarks, he stated: “With Chint on board, we hope to have more electricity in the team to spur us back to the continent. We want to be the best team in Africa by 2030 and this is one of the move.”

Lord Mayor Erias Lukwago who doubles as the club patron vowed that the club will do their best to promote Chint and called on the players and technical team to step up their performance.