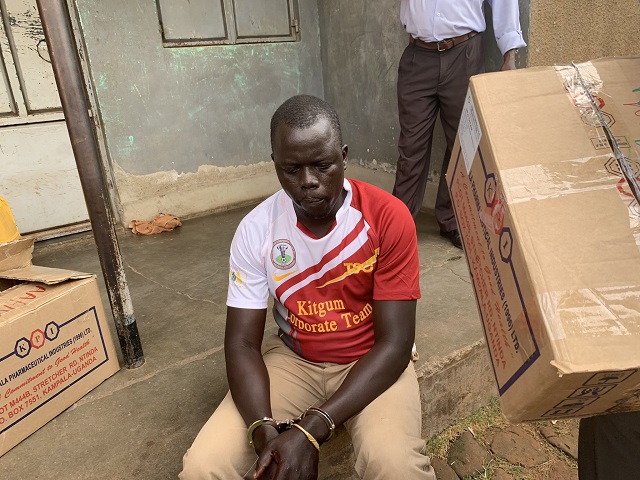 Robert Akena, an assistant pharmacist at Kitgum General Hospital is on the run following the recovery of government drugs and medical supplies from his private drug shop in Pandwong division. Akena also doubles as the principal storekeeper at the Kitgum District Health Stores.

Abiaz Rwamiri, the spokesperson of the National Drug Authority, says that they stormed the suspect’s drug shop on Monday on a tipoff from a whistle-blower indicating that the drug shop was selling government drugs.

According to Rwamiri, a search in AKFRANK Medicines drug shop belonging to Akena led to the discovery of government drugs embossed with inscriptions “not for sale” and unspecified medical supplies worth over Shillings 700 million.

The search led to the recovery of anti-malarial drugs like coartem, paracetamol, injectable antibiotics, and painkillers, and medical supplies such as test kits, safety gear and PPEs, COVID-19 supplies, baby weighing scales, and an oxygen concentrator.

Rwamisi says that besides impounding the drugs and medical supplies, they also apprehended the attendant of the drug shop and revoked the operational licenses of two drug shops belonging to Akena, one reportedly in Gulu city.

Rogers Olanya Olila, the Kitgum Health and Education Secretary condemned the theft of government drugs, saying it deprives the common person of the right of access to health services since medicines that are meant to be administered freely at public health facilities are stolen and sold out exorbitantly.

Olial says that the implicated district health staff will face sanctions for exhibiting unethical conduct as per the Public Service Standing Orders 2010, once the investigations are complete.