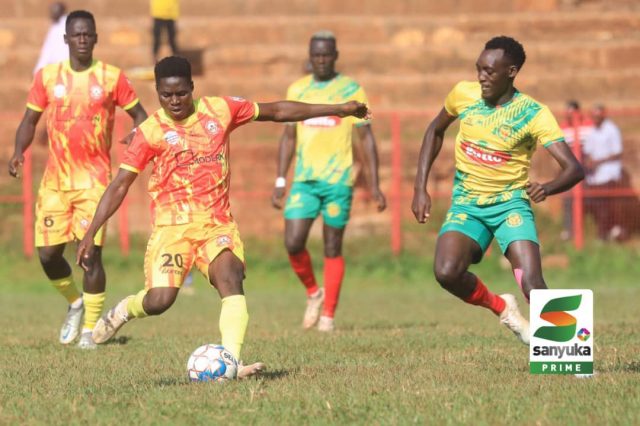 Ibrahim Kazindula gave BUL an early lead from a penalty spot before the hosts restored parity through Bakali Magumba.

The Jinja derby played at the Kakindu Stadium also saw the visitors, BUL, end with a man fewer following a red card to Walter Ochora midway the second half.

BUL drew first blood on 13 minutes when Kazindula converted from the spot after Gaddafi defender Shafik Bakaki handled in the forbidden area.

But it is the home side, Gaddafi, that showed more hunger and resilience, enjoying better possession and creating more goal scoring chances.

Their pressure paid off moments after the hour mark when Magumba scored to secure them a point.

BUL were then reduced to 10 men in the 67th minute when defender Ochora was given marching orders for kicking Magumba.

Gaddafi tried to exploit the numerical advantage but BUL held on to claim a point.