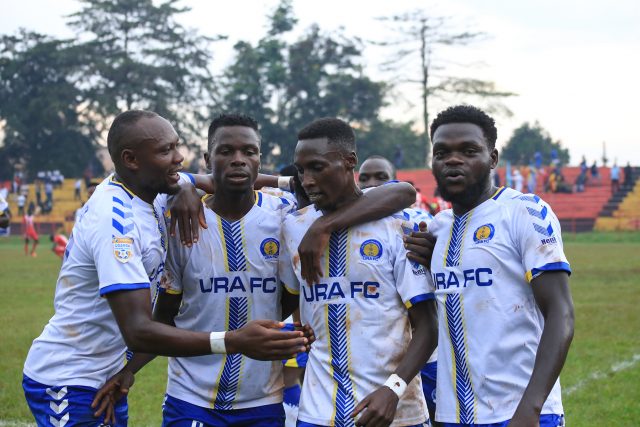 Bright Stars are one of the few teams in the league yet to test a loss but they are yet to win a game as well, drawing all their last four games, they come into the tie against URA FC will all the focus set on picking up their first league victory.

Coach Mwebaze is confident that his side will come out victorious at Nakisunga after rectifying his scoring mistakes he has faced in his first four games.

“We have worked on our mistakes we face din the previous games and we now need to step up the game and managed it better because we were in a winning position against UPDF and we recklessly gave away that position in the last minutes of the game as we could have won but unfortunately we didn’t,” Mwebaze stated.

“We go into the game against URA hoping that we can do the things a bit better, faster and probably score more goals as we have been working on that the past week.

“We expect to come out with a positive result from Nakisunga.”

Bright Stars are one of the teams in the league with a low scoring rate as they have only managed to see the back of the net twice in all the four games they have played.

They will have to be more aggressive going forward if they are to pick a positive result from URA FC which has seen a slow start in the league.

URA target to maintain their perfect start at home as they are yet to lose from their new home in Nakisunga and they come into this game with a motivational win against Busoga United.

Head coach Sam Timbe is confident that his side can build in the 4-0 away win against Busoga United to pick their second win in the league and their first at home.

“The win against Busoga United motivated us and we are ready to face Bright Stars. We have trained well and everyone is hungry to prove which is what any coach would wish to see,” said coach Timbe.

Goalkeeper Nafian Alionzi has called upon his fellow teammates to work as a unit.

“We have successfully trained well and everyone is in good mood. We beat Busoga United and that’s gone but it will give us momentum to approach our upcoming games starting with that of Bright Stars. We as players are going to work hard and stay focused for a positive result.”

Stats
URA FC managed to complete a double last season against Bright Stars winning both games comfortably at home by a 3-1 score and 3-0 away in Kavumba.