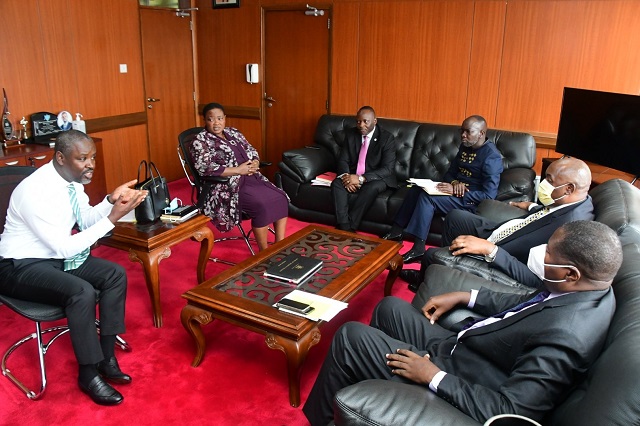 The two met on Thursday in the office of the Deputy Speaker, Thomas Tayebwa. The meeting was also attended by the Minister of Defence, the Minister for Information and National Guidance, and the Government Chief Whip.

This is not the first time Nabbanja and Mpuuga are meeting over the matter. In an earlier meeting, Mpuuga was required to submit a list of those allegedly abducted and the places of their abduction.

Mpuuga also submitted different lists of missing supporters upon the request of the government following a meeting that was chaired by the Deputy Speaker.

On Thursday, Mpuuga declined demands to resubmit a fresh list of the abductees and asked the Prime Minister and her team to retrieve a record of Parliamentary proceedings for the lists.

“In the meeting, today, the Prime Minister and her team were asking for better particulars of those persons and I do not wish to submit again. They actually know where these people are. I was generous enough over the past and offered the names of these people including their family members,” said Mpuuga after the meeting.

He said that the Deputy Speaker had given the Prime Minister up to Tuesday next week to provide answers about the missing people.

Tayebwa told MPs about the meeting in his communication to Members of Parliament during the afternoon plenary sitting.

“In a follow up with issues to do with a response of government on cases of people whom the Opposition reported to have disappeared and the government had not yet come out to clearly state whether it had them or not, we held a meeting and in that meeting, we found that the documents we had were not conclusive, so the meeting was not conclusive,” said Tayebwa in part.

He told the MPs that the meeting agreed that another meeting will be Tuesday and they come to a conclusion on the matter. Tayebwa also said that on Tuesday, a report will be made to the House on the way forward. He appealed for the submission of any new cases of missing people if any.