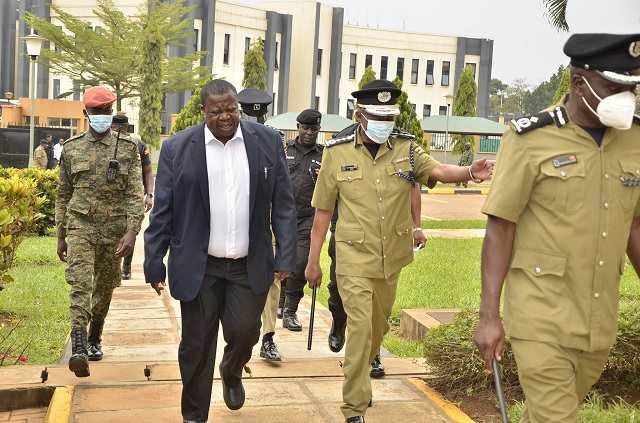 According to Gen Otafiire, those that were paraded were victims of boda boda crashes.

“These were boda boda accident victims. The government does not drive boda boda and it has never put anyone on boda boda. I have directed the crime intelligence director to look for these people and hand them to the CID director so that they can be taken to court,” Gen Otafiire said on Thursday at the sidelines after commissioning police housing units.

NUP Secretary-General, Lewis Rubongoya, said they have never hired people to disguise themselves as torture victims. Rubongoya added that some of the victims have been injured by teargas and police have on several occasions issued statements admitting that people were injured by their officers.

“There were no victims of accidents. In any case, some of them are in the police reports. Like a young man of Makerere who was hit with a teargas canister. There’s no need for investigations and all of them are there, they should tell us who was a victim of accidents,” Rubongoya said.

But Otafiire said that the alleged torture victim masqueraders should be charged with treason as well as the people who paraded them.

Between the 2020 and 2021 presidential election process, several people subscribing to the People Power Movement which metamorphosed into NUP were abducted, and held incommunicado for several months but resurfaced with heinous injuries all over their bodies.

Former CMI commander, Maj Gen Abel Kandiho, who was transferred to Uganda Police Force to serve as Chief of Joint Staff barely a year ago, was sanctioned by the United States on grounds of having directed or personally participated in abductions and torturing of Ugandans because of their political affiliation.