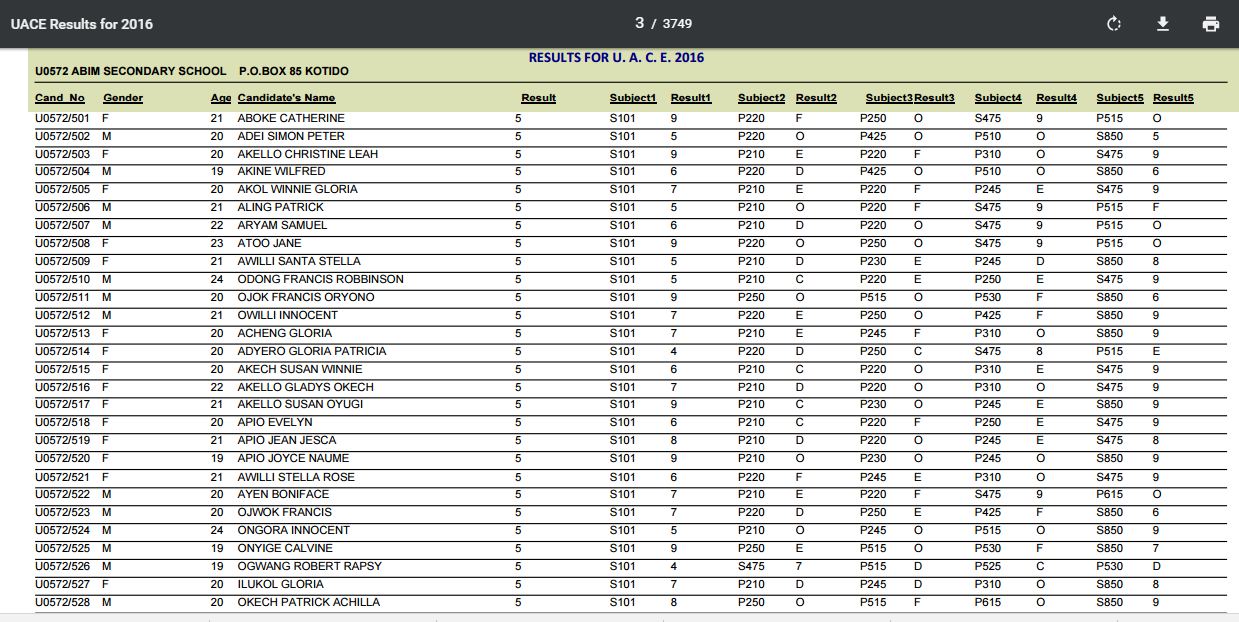 The results which were officially released by the First Lady and Minister for Education, Janet Museveni indicated that girls out performed boys unlike the previous past where boys used to be dominant.