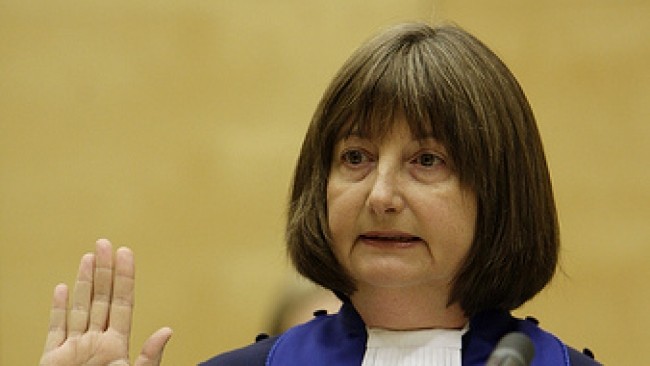 The President of the International Criminal Court (ICC), Judge Silvia Fernández de Gurmendi, is starting this week her first official visit to Uganda, where she will visit victim assistance projects supported by the Trust Fund for Victims (TFV), an independent body associated with the Court.

The President is also expected to meet with Ugandan authorities as well as conduct outreach activities.

During her visit, the ICC President Fernández will travel together with Board Members and the Director of the TFV to several facilities supported by the TFV’s assistance projects, which offer psychological and physical rehabilitation to those who suffered harm during the conflict in Northern Uganda.

While in Northern Uganda, the ICC President will also conduct an outreach session with local communities, engage in dialogue with them and listen to their views and concerns. She will also meet with the press and speak on local radio programmes.

During her activities, President Fernández will underline the important position of victims in the ICC. Victims can participate in proceedings at the Court, seek reparations for harm suffered, and benefit from assistance projects of the Trust Fund for Victims.

Judge Silvia Fernández de Gurmendi (Argentina) has been the ICC President since 11 March 2015 and was elected for a term of three years.

The ICC is the first permanent international criminal court established to help end impunity for the perpetrators of the most serious crimes of concern to the international community including genocide, war crimes and crimes against humanity.

ICC investigations opened in 2004 with regard to alleged war crimes and crimes against humanity mainly in Northern Uganda since 1 July 2002, the date on which the Court’s jurisdiction begins.

The ICC issued its first ever arrest warrant in this situation, against Joseph Kony and other alleged LRA commanders, and currently has one ongoing trial related to this situation, in the case The Prosecutor v. Dominic Ongwen.

The Trust Fund for Victims

Though the TFV is separate from the Court, it was created under the Rome Statute system. The TFV’s mission is to support and implement programmes that address harm resulting from genocide, crimes of humanity and war crimes. To achieve this mission, the TFV has a two-fold mandate: (i) to implement Court-Ordered reparations and (ii) to provide assistance through physical, psychological, and material support to victims and their families. The TFV’s current activities in Uganda involve this second mandate: assistance.