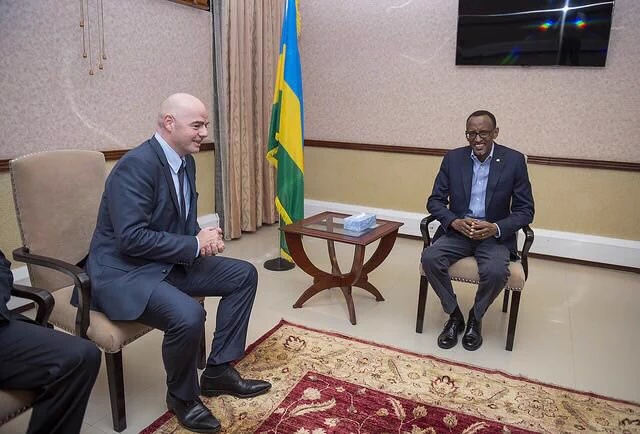 Infantino said this on Saturday at Ferwafa House after arriving for a one day visit that also saw him commission a Rwf 3.8 billion Ferwafa hotel.

The game ended in a 2-2 draw. The FIFA president then laid a foundation stone for the construction of FERWAFA Village, which was originally FERWAFA Hotel, in Remera.

The FERWAFA Village, whose construction works is expected to take 18 months, is estimated to cost Rwf3.85 billion. The hotel will be built in four phases and the first phase will include construction of 40 rooms.

The hotel is expected to reduce on the expenses that the Ministry of Sports and Culture (MINISPOC) incurs on national teams during residential training or accommodation for visiting national teams.