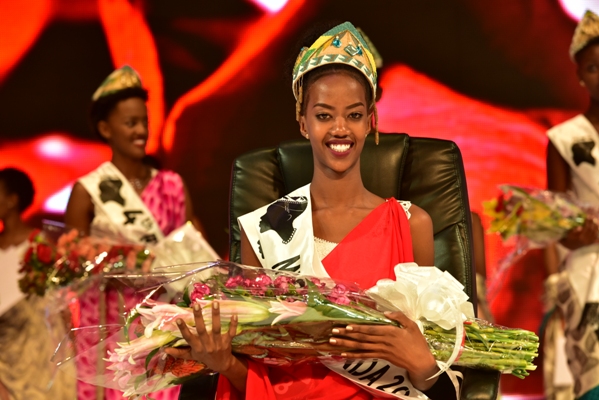 Esla Iradukunda has been crowned the new Miss Rwanda 2017, beating 15 other contestants who had made it to the finals.

Iradukunda who hails from the Southern Province had been in a boot camp with fellow finalists from the four Provinces and Kigali City.

In the camp, the contestants underwent several chores and training in preparation for the final day. Miss Rwanda is held under three pillars; Beauty, Brain and Culture.

She says her target is to promote Made in Rwanda brands in order to enhance consumption of local products. The country badly needs to cut down on its wide trade deficit by promoting locally manufactured products.

Iradukunda has been handed a brand-new Suzuki Swift worth Rwf15 million, courtesy of Cogebanque, a local bank. And she will be earning a monthly salary of Rwf800,000.