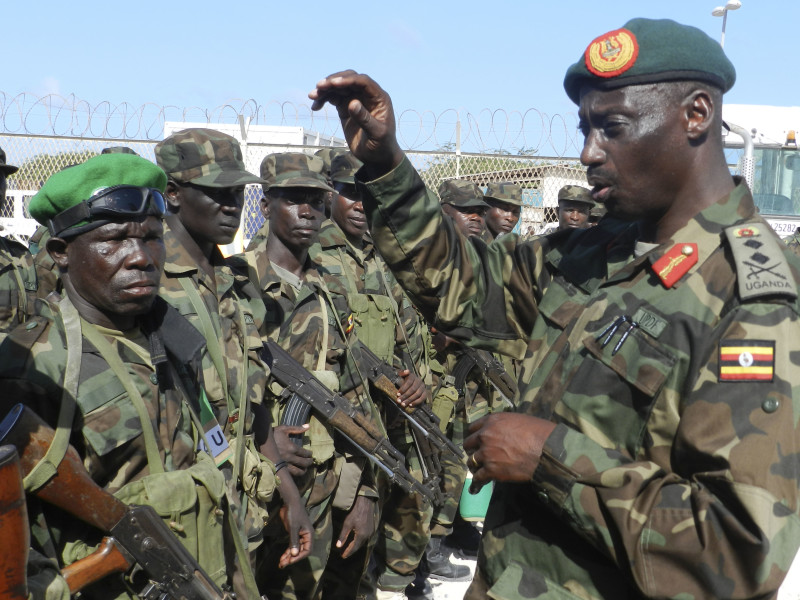 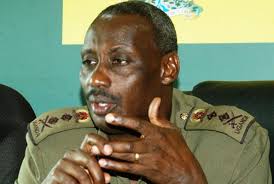 The Commander of Defense Forces of Uganda Gen. Katumba Wamala has said that the death of Aronda should not be mixed with politics and that the forces had never stopped him from retirement.

Speaking at the Aronda Memorial Lecture organized by a group of youth entrepreneurs under the umbrella organization of National Youth Entrepreneurs (NYE) under the theme “Heroes Never Die” at Makerere University main Hall yesterday afternoon, General Katumba said Gen. Aronda could not retire because he was still needed to serve his country which he died doing.

Katumba’s reaction comes in reference to Democratic Party President Nobert Mao’s statements in the Aronda tribute autobiography where he accused the government of not retiring him early and died a grumbling man.

Mao states; “Unlike Gen. Aronda, Amama has never been a serving army officer. His military ranking is honorary, like Eriya Kategaya’s. Army officers have continued to be denied the option to retire. Gen. Aronda could have retired before Museveni appointed him internal affairs minister.”

“In a way he (Aronda) was a hostage. The Museveni regime has turned many of its co-creators into hostages. And like all hostages, they are in a danger,” said Nobert Mao in his tribute.

Mao further stated that; “At the heart of the regime are people who know that we can’t go on like this. They see a man drunk on power douse the nation with petrol and is about to strike a match. It’s our duty to tell them that the situation is not helpless.”

Katumba in discussion of a paper presented by Prof. Agustus Nuwagaba asked the youth to learn from Aronda’s good work, conviction, humility, discipline and determination.

Prof. Nuwagaba Augustus the managing consultant of REEV Consult presented a paper on understanding Uganda’s political within the global context both economic and security system. In his paper, Prof. Nuwagaba explained the importance of security in ensuring economic transformation insisting that without peace and security, no country can move forward.

Many speakers at the Aronda memorial lecture hailed Nyakairima for his love for the country and his commitment to have a National Identity card which had stalled for a long period of time.

Prof. Augustus Nuwagaba testified that the national Identity card which was implemented by the fallen General has become an important document to a level of a passport in the region.

Dr. Stephen Kagoda the Internal Affairs Ministry permanent secretary said that the ministry officials learnt a lot of lessons from him during the national Identity card projects including hard work, discipline and consensus building achieved through moving. He said that Aronda gave an impression of selflessness to the workers

This memorial lecture attracted a number of dignitaries who among others included; senior military and security officers, officers and men of UPDF including Maj Gen. Pecos Kutesa head of military doctrine, ISO chief Lt. Ronnie Barya among others, Secretary to treasury Keith Muhakanizi, Ambassador to Brussels Miriam Black, Hon. Juan Van Makie a former member of the EU parliament, his family among others. The function largely was attended by youths.

Aronda died at night aboard a flight from South Korea to Uganda on September 12, 2015 from official duties transiting through Dubai. To date, the death of Aronda has caused unending debates with many accusing government of knowing how he died.

General Aronda Nyakairima (born 7 July 1959) was a Ugandan army officer who served in the Cabinet of Uganda as Minister of Internal Affairs since 2013 having previously served as a Chief of Defence Forces, the highest military rank in the Uganda people’s Defense Forces from 2003 to 2013 making him the longest serving Military boss followed by Gen. Muntu who served for 9 years.

Born in Rukungiri District, Nyakairima attended Kitgum High School in Kitgum District. He later joined Makerere University in 1978, graduating in 1981, with the degree of Bachelor of Arts in Political Science. He then attended the Basic Officers Course in 1989, after the NRA had captured power in Kampala, Uganda’s capital city. He later attended a course in Strategic Studies at Fort Leavenworth in Kansas, USA. He also has further military qualifications from the Egyptian Military Academy in Cairo.

Nyakairmina was appointed to the cabinet as Minister of Internal Affairs on 23 May 2013 with an uphill task of sorting the mess in the internal affairs ministry. His first job was National Identity cards. As  a 1993 graduate of Fort Leavenworth, Aronda was inducted together with General Eui Don Wang of South Korea, a 1986 graduate of the command college, and Major General Richard Rhys Jones of New Zealand, a 1992 graduate. Gen. Katumba was appointed to replace him the day he was appointed minister of internal affairs.