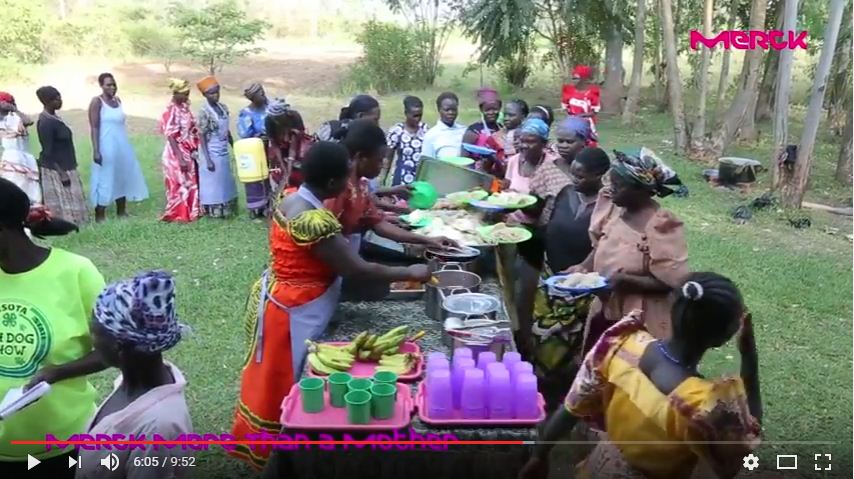 Merck, a leading science and technology company, has continued their commitment for the second year to empower infertile women in Uganda through improving access to information, health, change of mind-set and economic empowerment.

Through ‘Empowering Berna’, Merck in partnership with Ministry of Health inaugurated small businesses that have been established this year to support infertile women across the country.

The program also included a courtesy visit to Uganda’s First Lady H.E. Janet Museveni at State House, Kampala by the Merck delegation to brief her on the ‘Merck More than a Mother’ initiative and to explore possible areas of collaboration.

Speaking at the event, Belén Garijo, Member of Executive Board and CEO of Merck Healthcare emphasized: “I believe in women empowerment and especially childless women – they are mistreated and discriminated in many cultures for being unable to have children and start a family. Empowering these women through access to information, health, and change of mind set to remove the stigma of infertility is needed. Through ‘Merck More than a Mother’ we are supporting this strong message together with our partners and we will continue our commitment to improve access to regulated and effective fertility care in Africa.”

“In Africa including Uganda, infertile women still suffer discrimination, stigma and ostracism. More often an inability to have a child or to become pregnant results in the woman being greatly isolated, disinherited or assaulted. This sometimes also results in divorce or physical and psychological violence. I am glad to see an initiative that addresses this challenge in the public domain in Africa as it is something that no one talks about and is treated as secret. ‘Merck More than a Mother’ is therefore very important for Africa since it aims to define interventions to reduce the stigma and social suffering of infertile women across the continent,” said, Sarah Opendi, Minister of State of Health, Uganda.

Madame Brigitte Touadera, the First Lady of the Central African Republic (CAR) said: “I am very happy to participate in today’s launch another milestone of ‘Merck More than a Mother’ in Uganda as it follows the one we had for the Central African Republic (CAR) last month and in Kenya yesterday. As the champion for the initiative in CAR and for Francophone Africa, I acknowledge the social suffering infertile women go through and the role that ‘Merck More than a Mother’ is playing to eliminate this suffering and stigmatization by raising awareness about infertility prevention, male infertility and the necessity of a team approach to family building among couples which is very critical for Africa.”

Rasha Kelej, Chief Social Officer, Merck Healthcare explained: “Empowering those women across Ugandan rural villages was very essential, those women suffered great deal of discrimination, violence and isolation. Moreover meeting community members and leaders there to emphasize the importance to change their perception of infertility and infertile women in specific was very productive. I have witnessed firsthand the instant change of their mind-set and the transformation of those vulnerable childless women to strong, proud and productive community members.”

According to the World Health Organization (WHO), lower levels of development are thought to be associated with higher levels of non-genetic and preventable causes of infertility such as poor nutrition, untreated sexually transmitted infections (STIs), unsafe abortion, consequence of infections caused by the practice of female genital mutilation, exposure to smoking and to leaded petrol and other environmental pollutants. Hence prevention awareness is very important,” Sarah Opendi added.

“The businesses established by ‘Empowering Berna’ project are benefitting over 800 women in many districts in Uganda who have come together in groups and have been trained and supported to establish bakery, catering and tent hire businesses and more. They are currently able to earn an income to support themselves from their own new businesses – they are now ‘more than mothers’,” Rasha Kelej added.

Over 1,000 infertile women in Kenya, Uganda, Nigeria, Ghana, Tanzania, CAR, Ethiopia, Liberia and Cote D’Ivoire who can no longer be treated have been empowered socially and economically to lead independent and happier lives through ‘Empowering Berna’.