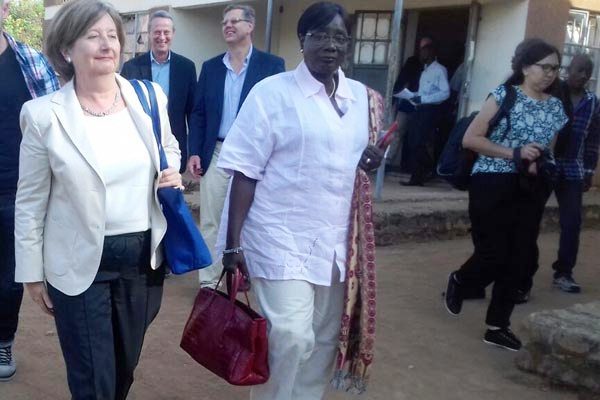 Fernandez’s first stop was at Awach Sub-county headquarters in Gulu District. Here she interacted with over 100 war victims from Omoro, Amuru and Nwoya districts.

She will later head to Lukodi village in Bungatira Sub-county. Here, 54 residents were killed, allegedly under the command of former LRA rebel commander Dominic Ongwen in May 2004.

Ongwen is currently at ICC Detention centre in The Netherlands. He faces 70 counts of charges of war crimes and crimes against humanity he allegedly committed during the insurgency that ravaged northern Uganda for over two decades.