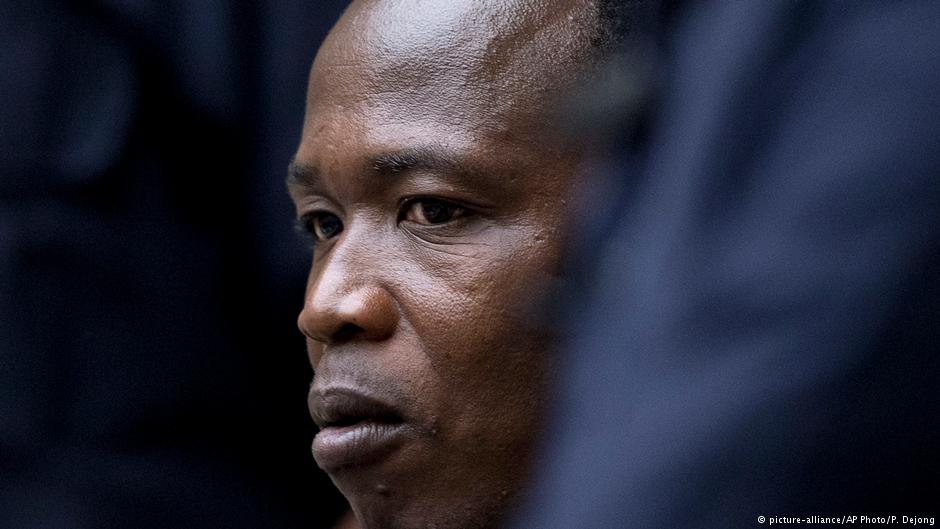 A member of the Uganda People’s Defense Forces (UPDF) told the International Criminal Court (ICC) that the Ugandan military began tape recording its intercepts of radio communications of the Lord’s Resistance Army (LRA) soon after rumors circulated on local radio stations that the government intended to ask the ICC to investigate the LRA.

The identity of the member of the UPDF who testified on February 27 was not made public, including his rank. He is identified by pseudonym as P-003 and his face is distorted in broadcasts of the proceedings.

Witness P-003 began testifying on Monday when the trial of Dominic Ongwen, a former commander of the LRA, resumed after a break of more than three weeks.

Trial lawyer Julien Elderfield asked the witness when the UPDF began tape recording its intercepts of LRA radio communications. Witness P-003 said he could not remember the exact date.

“I began taping the LRA communication around the time when there were rumors over domestic radio that the president of Uganda wanted to send LRA to the International Criminal Court,” Witness P-003 told the court.

He later added that, “We know the intelligence chiefs were wise enough to say maybe one day it [the tape recording of intercepts] will be useful to help the Court.”

In December 2003, Uganda referred the conflict in the north of the country to the ICC for investigation. This was the first referral the court received after the ICC began work in 2002.

Ongwen is charged with 70 counts of war crimes and crimes against humanity. Some of the charges are for Ongwen’s alleged role as an LRA commander between 2003 and 2004 during attacks on the Pajule, Odek, Abok, and Lukodi camps for people displaced by the conflict in northern Uganda. Other charges include forcibly marrying seven women, who were girls at the time, and committing sexual crimes against them.

Earlier on Monday, when Witness P-003 was prodded on the timeframe for UPDF interception of LRA communications, he said he remembered intercepting LRA radio communications by the time the Ugandan military began Operation Iron Fist in 2002.

(On January 27, Witness P-059, who works with the Ugandan intelligence agency, the Internal Security Organization, told the court his agency had been intercepting LRA radio communications for close to 17 years.)

Witness P-003 told the court he received training in radio communications and intercepting such communications between 2000 and 2001. He also told the court that an instructor of his had been in the LRA and taught him how to recognize the voices of different LRA commanders. The witness said that while he was intercepting LRA radio communications, some of the people who left the rebel group were brought to him and they also helped him identify the different voices of LRA commanders.

He said in his office in the northern Ugandan town of Gulu he listened to LRA commanders talking on radio and took rough notes in English as the LRA commanders spoke in Acholi. He said he then wrote a more detailed version of what he heard on radio in a logbook. Witness P-003 said these logbooks were then passed on to different military commanders and intelligence officials. He said the logbooks with important information were taken to the Ugandan capital, Kampala, while he kept the others in his office in Gulu.

“Did you ever leave any information out of your logbook entry that you had heard on radio?” asked Elderfield.

“There were many things I left out such as greetings: ‘How are you? Fine thank you,’” responded Witness P-003. He said he recorded information such as LRA commanders reporting attacks they had carried out.

“I didn’t ask. They just wait for what I write. I am the last person. Whatever I write they just have to take it,” responded Witness P-003.

He added a little later on, “They don’t have the time to say ‘There are some things which you did not write.’”

In the middle of Monday’s hearing, Elderfield asked about LRA leader Joseph Kony and what he communicated on radio. Witness P-003 said Kony used the radio to issue instructions, and to announce prohibitions for and promotions within the LRA.

“And how did the commanders react when Kony gave orders?” asked Elderfield.

“There are some commanders who would not wait for orders. They would go ahead to please [Kony]. These are the people who would be promoted,” Witness P-003 explained.

Towards the end of the day, Elderfield played excerpts of three recordings of LRA radio intercepts and asked Witness P-003 to summarize them. He also asked the witness to explain notes he made on transcripts of the recordings that were prepared by prosecution staff.