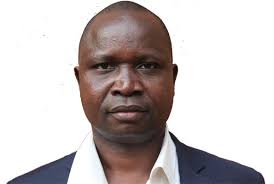 The proposal to buy a helicopter for the Parliamentary Commission is now the focus of sections of civil society actors. Recently, the executive director of the Anti-Corruption Coalition Uganda, Ms Cissy Kagaba; the coordinator of the Civil Society Budget Advocacy Group,  Julius Mukunda; and the programs officer of Uganda Debt Network, Ms  Imelda Namagga, addressed the media and said the helicopter was being  bought for the Speaker of Parliament, Rebecca Kadaga. (Full media brief by Mukunda, Kagaba and Namagga: Press-Statement-about-the-proposed-9-Seater-Helicopter-for-the-Speaker-of-Parliament-in-FY2017-18)

They blamed every failure or likely failure of all other government programs on the proposal to buy the helicopter. We had explained how the proposal came about but it appears the trio have their minds programmed to only believe that the helicopter is to be  bought and specifically for Ms Kadaga.

Just for emphasis, the idea of a helicopter for the Parliamentary Commission had been discussed for more than five years. Ms Kadaga has not ranked it because her priority now is to build the new parliament chamber and provide better working environment for MPs  and staff plus the public that visit parliament.  The existing infrastructure is constrained as numbers have grown and parliament is  more accessible to the public today than before.

But because the purchase of a helicopter had been discussed, the planners in parliament included it in next year’s budget proposal as  an unfunded priority in the development budget item.

That is how the media got it and reported that ‘Parliament seeks to buy a helicopter’. It’s not assured that the helicopter will be purchased because Ms  Kadaga herself is unexcited about it. She uses the police facility whenever needed and the inspector general of Police, Gen Kale Kayihura,  has been considerate.

Ironically, civil society that usually condemns police for buying equipment, is today saying let the speaker use the police chopper. What if the police had not bought it?

Secondly, during budget appropriation, the committee on Legal and Parliamentary Affairs looks at the needs of parliament and makes  decisions on where money must go. Usually, an unfunded priority is  just that – wishes.

Thirdly, decisions on public spending are not the monopoly of  parliament. It has to reconcile with national priorities set by the  Executive that is the initiator of the national budget and controller  of the till. That is why when budget cuts are announced, parliament is  not spared.

But what was the philosophy behind the thought of buying parliament  a helicopter? The mission of parliament is to be transformational, vibrant, independent and people-centred. To achieve that, the commission has designed several outreach programs aimed at taking parliament to the people.

Civil society leaders hopefully know that parliament is not only the building in Kampala, but the people from every corner of the country.  Ideally, there should be a fully-functioning parliament office in every constituency. The majority of our people do not understand the workings of parliament. That gap needs to be bridged. It’s only when citizens are well informed that they can make better choices, and  rigorously demand accountability.

Building the institutional capacity of parliament is critical in any sound democracy. But it appears some civil society actors feel nervous  when citizens enhance their trust and confidence in parliament; thus  they cling on anything to find fault with the legislature.

It’s not surprising that they perpetuate falsehood that a helicopter was  being bought for Ms Kadaga as a person, the same way they ran around  shouting that MPs were not paying taxes. If the helicopter was to be bought, it would be registered under the Parliamentary Commission, not  Ms Kadaga. How can a public asset become an individual affair?

The personal benefits for the speaker are in the law and do not include ownership of helicopter. Civil society must be independent of the state but that does not imply that it must always criticise and oppose the state. Our civil society preaches democracy yet their actions don’t agree with the values of democracy.

Advocacy should be value-guided and the values of democratic living include tolerance, moderation and compromise. In our case, it’s increasingly challenging to fairly assess civil society actions. Those who try to do advocacy free of personal interests appear silenced by few among them whose preoccupation is to  say anything with or without facts.

This group has resorted to hostile dependency theory, where they know  that they actually depend on parliament/ state and cannot do without  it, but choose to have a hostile relationship always. Some of them play into the differences among state actors by taking sides, instead of being neutral arbiters.

This group is open for use by individual powerful state actors to amplify political fights. In a sense, they are ‘governmental  non-governmental organisations’ (goNGOs) instead of NGOs. They start  on something whose beginning and end is known beforehand, just like in Nigerian films.

They fight corruption selectively. They never condemned the Shs 6 billion handshake. Some of them have their relatives as beneficiaries of the handshake and are bitter with parliament’s investigation into the matter.

Lastly, lack of investment in research to support evidence-based advocacy by civil society is something they might want to look into. Heavy reliance on hearsay and resort to media as opposed to other methods like lobbying to influence policy actors undermines the power of civil society.

The author is the director for communication and public affairs at parliament.This opinion first appeared in a Kampala-based tri-weekly.