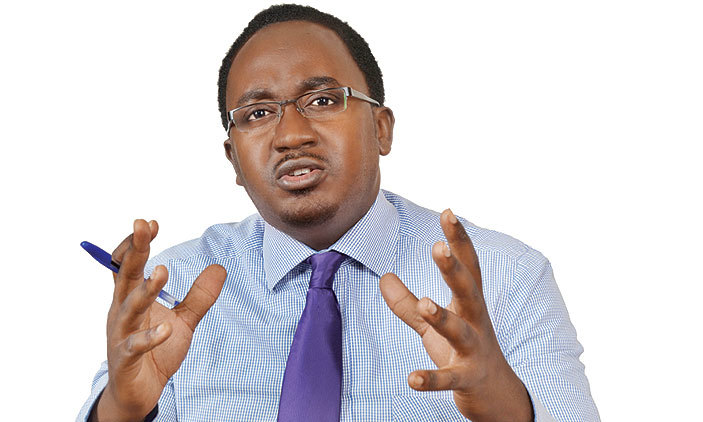 First, I will take this opportunity to publically congratulate you Beti Kamya on your appointment as Minister for Kampala Capital City Authority. I remember the last time I passed my congratulations to you was a day after you had been named part of the cabinet that would drive this, my country to a middle income status – as has been severally alluded by your appointing authority. That was in July last year.

I piquantly remember you giving me your assurances about your new appointment over the phone, “Crispy, I will serve in the interest of all Ugandans”, you said to me. Those words still echo in my mind because they were as hope giving as a drop of rain in the Kalahari. I clearly remember your believable tone when we spoke – about seven months ago.

I remember when we used to sit at Quality Hill, Nsambya on numerous occasions to sort of diagnose Uganda’s political problem. You always convinced me with your prognosis; that our problem originated from the structure of government and the Constitution that give much powers to the President. You always argued along the same lines on the Capital Gang show whenever you appeared on Capital FM.

I am sure many people (just like myself) believed that you were speaking from the heart. I did believe you; call me naïve, but I honestly did think that you were indeed looking out for the ordinary Ugandan in all that you thought and articulated back then. Well, so far, it turns out you were insincere to me and to all those that dared to trust your eloquent wiles. You probably were only ‘stretching the truth’ and ‘politricking’ (for purposes of sounding civil). In August last year, I heard you beseech market vendors in Kawempe, Kampala to vote for Museveni as President in 2021.

For a person like yourself who I thought held the Constitution of the Republic of Uganda dear to your heart, I was bemused. I was bemused for mainly one reason: that, you being a former legislator, I imagined you were alive to the provisions of Article 102 (b) of the Constitution that bar persons beyond the age of 75 to stand for presidency. You very well know that by 2021, President Museveni would be over the 75-year age cap. I am then tempted to ask your intentions of imploring Ugandans to vote for him in 2021. Did you intend to cast the old man in bad light that he had interests to contravene the Constitution?

Having been given a platform in Cabinet and having received your assurances to serve in the interest of Ugandans, I thought you would begin by tabling your proposal to trim what you have always called “too much powers” in the hands of the presidency.

In fact, your speech and actions ever since you became minister have unfortunately been diametrically opposed to all that you seemed to stand for hardly a year ago. Actually, if I may put this subtly, you have in your own characteristic way resurrected the literal meaning of the word “politician.”

More recently, I have heard this rumour making rounds that as the minister for KCCA, you issued directives to have more than 15,000 vendors at the Nakivubo Park Yard market evicted. If that buzz is anything to go by, then I am very disappointed in the way that eviction was carried out. And let me stress this Ms Kamya, I am not against the eviction per se, but the manner in which it was done. I saw footage of the vendors in (the now) razed area being harassed, brutalised, humiliated and ostracised by the people that (I would imagine) you directed to execute the eviction.

Whereas these vendors may not be the first class citizens that you now are rubbing shoulders with, they too are citizens; citizens trying to eke out an existence in tough economic times. These traders too deserve to be treated like citizens not second or third class subjects. They pay taxes, they are not leeches or parasites. For heaven’s sake they are vendors, not criminals.

I was quite surprised to hear your colleagues including: Ms Amelia Kyambadde, Ms Jenifer Musisi and Mr Erias Lukwago distancing themselves from the eviction saga. Does this mean that you have since adopted a lone working style from the time you entered government? Well, I remember you as a person who would always reach out to people, stimulate conversations and champion amicable approaches. Looks like all this changed.

Anyway, it is not too late for you to remember who you are and where you have come from. It is not too late to remember that it was the ordinary, simple people of Kampala that have on several occasions mounted the ladder that often times you have used to climb to those ‘greater political heights’.

For a moment you need to stop and think; and remember that when all is said and done, it is going to be the same hoi polloi that you may be tormenting who will plinth the stepladder for you to safely descend.

Well, I don’t intend to rake over the ashes, but If in doubt, kindly ask Mr Henry Banyenzaki or even elder Aggrey Awori (to mention but a few) to jog your brain on how these things work.

Crispy Kaheru is the coordinator, Citizens’ Coalition for Electoral Democracy in Uganda

EDITOR’S NOTE: This opinion was originally published in a Kampala daily.