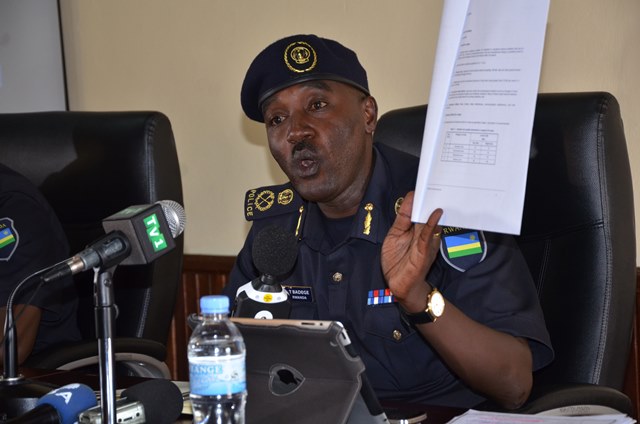 Police in Rwanda is holding a British woman, who had come for a family visit but was believed to be involved in criminal activities.

The UK High Commission in Kigali has been informed and the woman can from today receive family visits or consular help as per standard procedure, according to Rwanda Police spokesman Theos Badege.

The woman of Rwandan origin Violette Uwamahoro, 39, is married to Rwandan Faustin Rukundo. They stay in Leeds where they obtained British nationality in 2014 but have lived in the UK since 2004. They also hold duo Rwandan-British citizenship.

“Violette Uwamahoro was apprehended by Rwanda National Police (RNP) based on a tip off that she is involved in criminal dealings constituting serious crimes, including attempts to recruit people into a criminal network,” Theos Badege told Rwandan local press.

“The RNP, through the Ministry of Foreign Affairs, has informed the UK High Commission of this ongoing investigation.”

A report by UK newspaper that Uwamahoro had been abducted by the Rwandan army is baseless and false, said Badege, adding; “We are the ones who have been holding her and her host country was informed through the established official channels.”

The police says; “We may request judicial cooperation from UK authorities to investigate additional individuals belonging to the same network in the UK, based on credible evidence we currently have.”