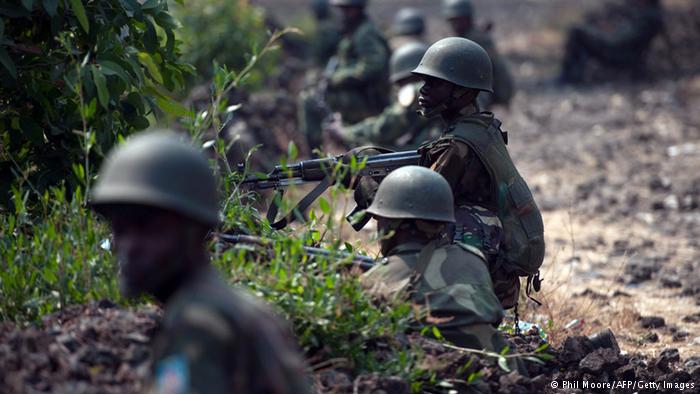 A Uganda People’s Defence Forces (UPDF) soldier was shot dead on Tuesday while another one was injured in a gunfire exchange between Ugandan troops and suspected M23 rebels in Kisoro District of western Uganda.

Lance Corporal David Ochuna (the deceased) and Private John Jackie Kusuba (the injured) were part of a joint team of soldiers attached to the UPDF 63 Battalion barracks and Mgahinga Gorilla National Park game rangers who engaged the rebels.

Reports indicate that the suspected M23 rebels were crossing from neighbouring Democratic Republic of Congo (DRC) into Uganda through the Mgahinga Gorilla National Park. When UPDF attempted to arrest them, they resisted and a clash ensued.

Meanwhile, the clash also claimed the life of a suspected rebel. Three of the rebels were also arrested while the rest retreated to DRC.

A DRC rebel outfit that that mutinied against government five years ago, M23 was defeated in 2013 with pockets of its rebels fleeing to Uganda, with some (about 270 in number) combatants granted some sort of amnesty and accommodated at Bihanga Military Training School in Ibanda District. But recent reports indicate some have escaped.

Uganda Police intercepted five M23 ex-combatants in Kisoro district while they attempted to cross to DRC on January 22. The following month, some 53 former rebels were arrested in Mbarara, also attempting to return to DRC.