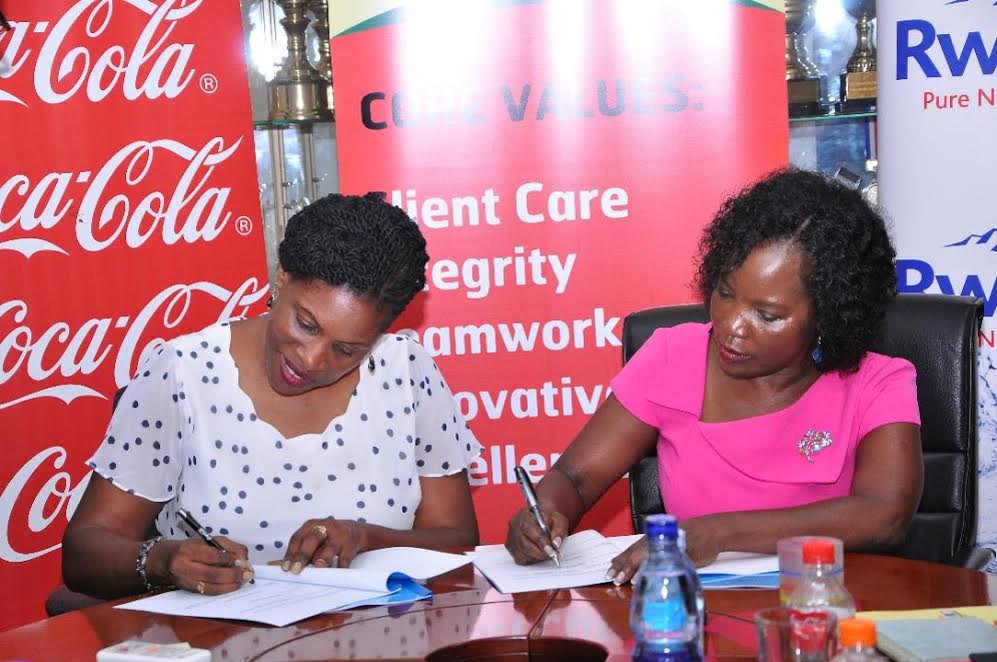 Coca-Cola Beverages Africa Uganda has today signed an MOU with KCCA in a bid to ensure Kampala City remains clean whilst creating jobs for many urban poor.

Speaking on behalf of CCBA, Mrs. Norah Odwesso, the Group Director Public Affairs and Communications expressed excitement at signing this partnership with KCCA.

“As a responsible Company, we focus on constantly reducing the impact of our packaging on the environment through the light weighting of our packaging material and supporting recycling efforts,” she said.

Through these recycling efforts, the company has been able to create employment for over 1500 Ugandans, especially the urban poor. Noteworthy, 80% of these collectors are women who at least earn about $17 per week.