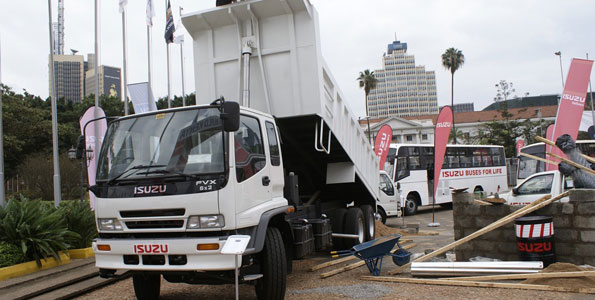 The transaction will see the motor dealer change its name to Isuzu East Africa in April to reflect the change of control.

Most of the dealer’s sales are bus, pick-ups and truck brands of the Japanese multinational whose status shifts from a vehicle supplier to an owner.

Detroit-based GM will also take away its Chevrolet franchise from GMEA as part of the termination of the alliance between the two automakers.

“Isuzu Motors and General Motors have reached an agreement that Isuzu will invest in General Motors East Africa. Isuzu is making this investment with the intention of expanding its commercial vehicle production and sales in Eastern Africa,” Isuzu said in a statement.

Isuzu’s partners in GMEA are Centum Investments with a 17.8 per cent stake, ICDC (20 per cent), and Itochu Corporation (4.5 per cent).

The deal comes at a time when the dealer has steadily grown its market share in the local new vehicle market to a record 35 per cent last year, with Isuzu brands representing more than 95.6 per cent of the sales.