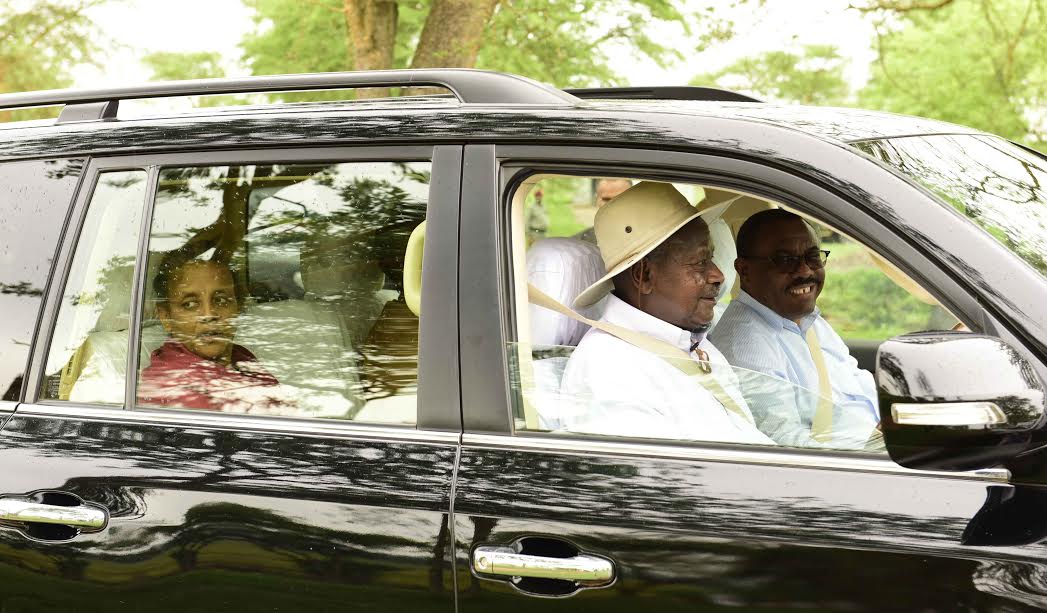 Mr. Desalegn, who was on a 3-day State visit to Uganda at the invitation of President Museveni, was accompanied to Kisozi by his wife Mrs. Roman Tesfaye Abney.

The President, who drove his guests on a tour of the farm, later held private talks with Prime Minister Desalgen and discussed a wide range of issues pertaining to the two countries, Uganda and Ethiopia.

The 2 leaders also discussed the rich heritage of the people of the two sister countries, Uganda and Ethiopia.