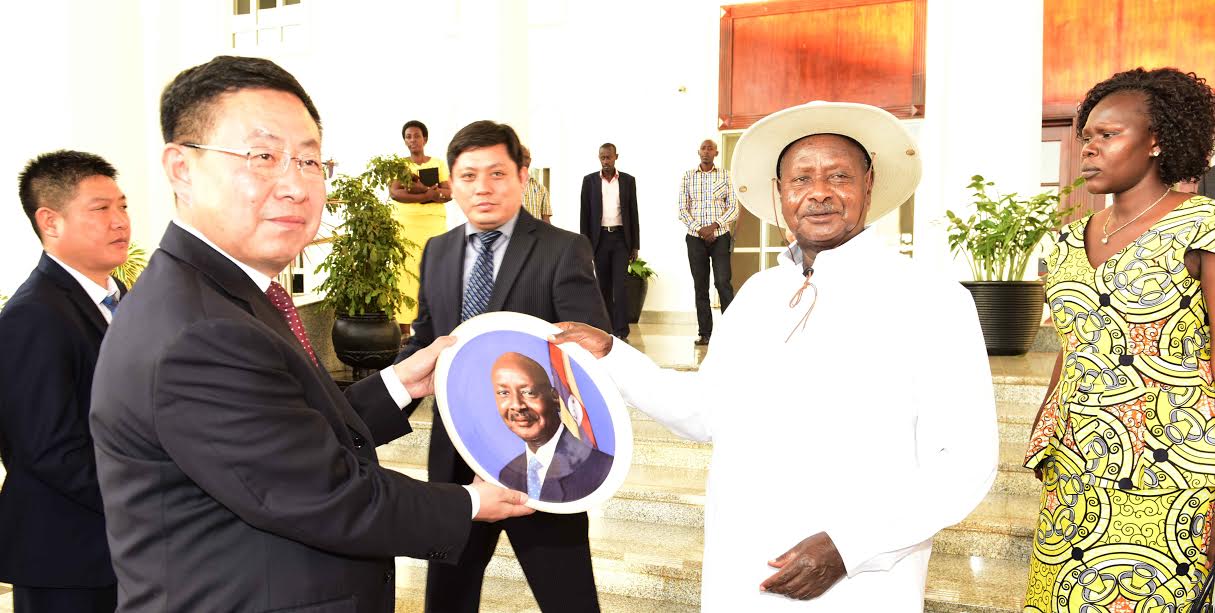 President Yoweri Museveni has urged a Chinese delegation from the Tian Tang group, led by the Mayor of Tangshan City, Mr. Xu Huan Qing, to develop the Industrial Park in Mbale district and also attract investors to establish factories in Uganda.

The delegation that also included the Chinese Ambassador to Uganda, Mr. Zheng Zhuqiang, called on the President last evening at State House, Entebbe.

Mr. Museveni told his guests that it is better economics for them to plan for the whole 619 acres of land that has been availed by the Government. He called for a timeline agreement with the investors for better development of the area.

The President assured the group that the Government of Uganda will extend electricity, water and ICT services close to the Mbale Industrial Park so that the Chinese Company will have to work on the road, water and the ICT extension to the park complex. He assured the delegation that there will be no tax for the machinery used in the establishment of the Industrial Park and that they will have tax holiday.

The Mayor of Tangshan City told the President that they are interested in developing the industrial park sector in Uganda and assured him that they will attract investors to establish factories for agro-processing, cement production and wood processing as well as steel production among others.

The Mayor added that the Company will provide professional and technical training, promotion of tourism and cultural exchange.