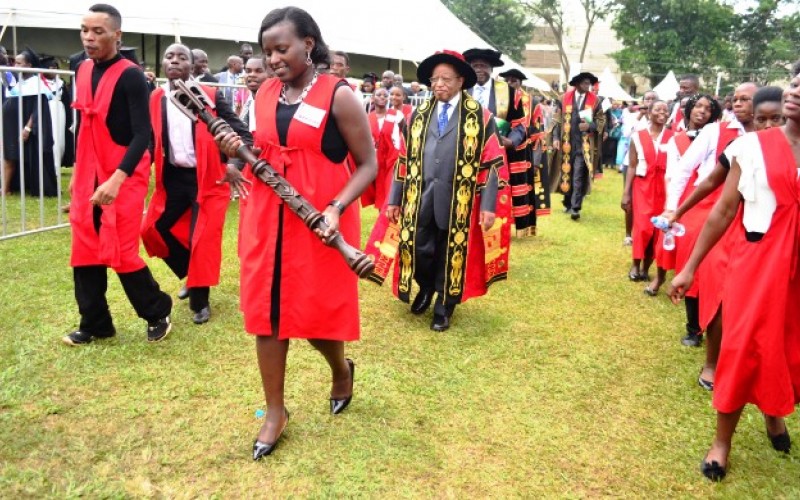 Christopher Ntwatwa and his supervisor Mike Barongo from the Makerere University academic registrar’s office are being held by police for altering students marks, just a fortnight after the institution’s 67th graduation ceremony.

Reports indicate that the two IT specialists were nabbed, by detectives from the Crime Intelligence and Investigations Department (CIID) headquarters, from the Senate Building where the academic registrar’s office is housed

Sources have revealed that vice chancellor in charge of finance and administration Prof Barnabas Nawangwe had written to Inspector General of Police (IGP) Gen Kale Kayihura on March 06 seeking his help in investigating the matter. Gen Kayihura then dispatched Uganda Police ICT acting commissioner Jimmy Aguma to handle the matter.

“We have received reports about alleged alteration of marks for some students on the University’s Result Management System. This is to request you to urgently send a team to investigate this criminal activity and take necessary action,” reads Nawangwe’s letter in part.

NOT THE FIRST TIME

According to Makerere University security officer Jackson Mucunguzi, the nabbed specialists had been arrested 12 months ago but there were challenges with the evidence systems.

“They asked us to provide evidence but we didn’t have any because they knew the systems they were running. They managed to walk away scot-free that is why police had to bring IT specialists to investigate the fraud,” Mucunguzi reporters.

The arrests could provide clues of a large cartel involved in the business of altering marks for money. Already, fingers are pointing to the likelihood of marks being awarded to students for papers they never sat for, and clearance of those with retakes.

There are already cases. Some 23 students from the college of Computing and Information Sciences (CoCis); 22 from the School of Forestry and 12 master’s degree students had been smuggled on onto the 67th graduation list. But these would be deleted after school of forestry dean Mnason Tweheyo lodged a complaint.