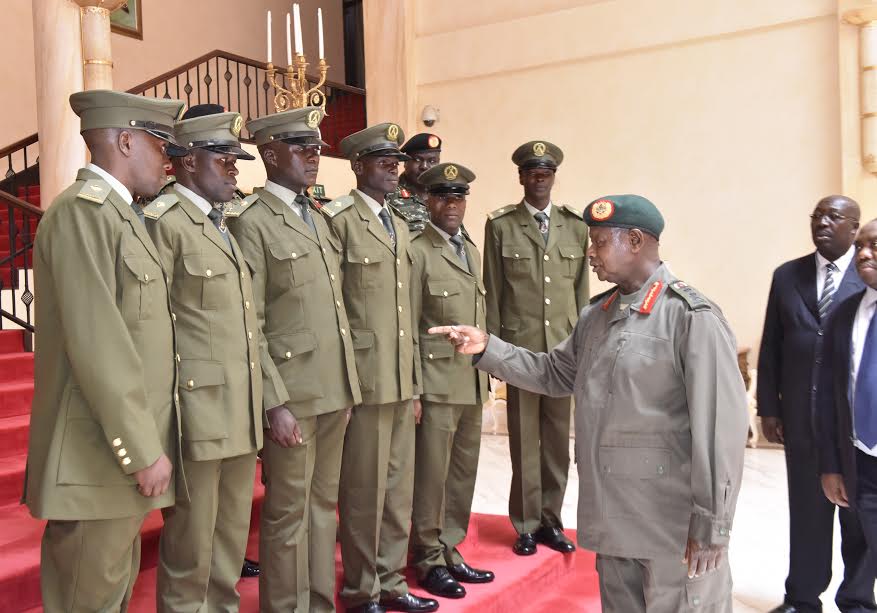 President Yoweri Museveni who is also the Commander-in-Chief of the Uganda’s People’s Defence Forces (UPDF), on Wednesday commissioned 6 Officer Cadets to the rank of Second Lieutenant.

He welcomed them into the regular service of the Uganda People’s Defence Forces. This was during the Army Council meeting held at State House, Entebbe.

They attended and completed their training course abroad.  Four of them did a three year course in Kenya and two in Tanzania.