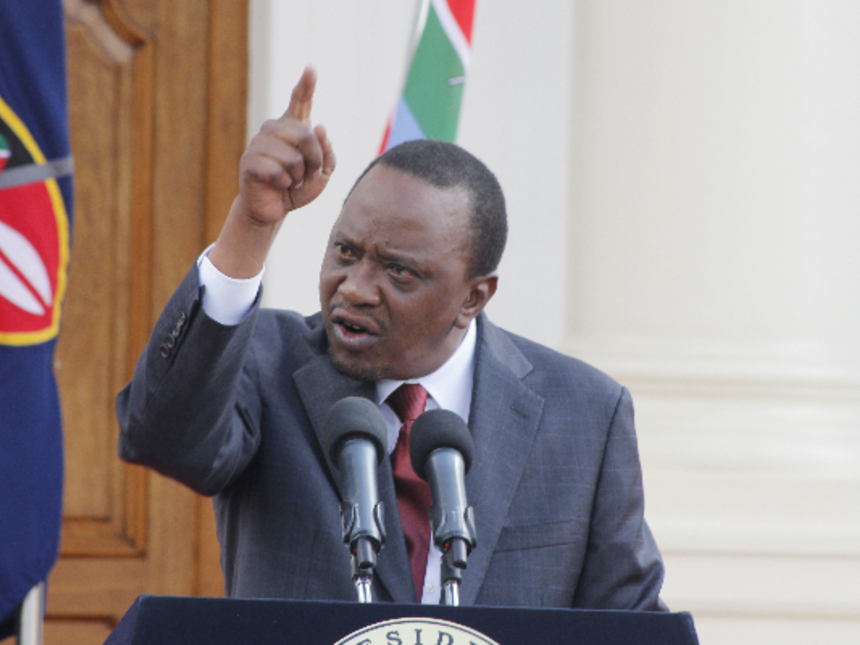 Earlier, police, officers from the Presidential Escort, the Flying squad and the General Service Unit had mounted a search at Nyali Bridge to net Joho who later abandoned his vehicle and arrived at the bridge on a motorcycle.

He was escorted to his office which was surrounded by security officials who were reportedly ordered not to allow Joho, a Kenyatta critic at the ferry re-launch ceremony.

Indeed while at the relaunch, President Kenyatta took swipes at Joho, accused him of poking his nose in the president’s work instead of developing the county he is responsible for.

He told the masses at the re-launch at Mtongwe channel where he relaunched the MV Likoni Ferry: “He [Joho] should not play with us or else we will teach him a lesson.”

“Why does he want to follow me? Am I his wife? He should tell people what he has done for them.”

Kenyatta dared Joho to account for Shs 40bn given to the county as equitable share and to also deal with the Mombasa garbage.

“He only wants to boast and show off. He should start cleaning the county, which is in a mess due to garbage,” he said.

Joho later told journalists at the county headquarters that police had told him that they had been instructed “not to allow me out of my office until President Kenyatta leaves Mombasa”.