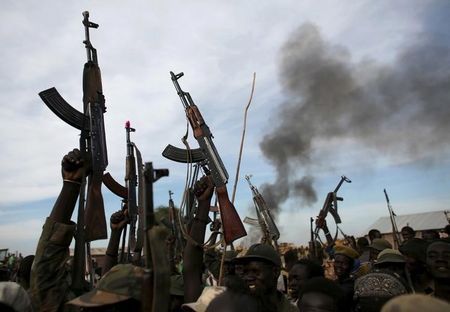 At least three people have been confirmed dead and two others were wounded following an attack in Tuoch County in South Sudan’s newly created Ruweng state.

The attackers raided Dany, a village in Tuoch County during which three people were killed. The victims were Monyjok Kuol Atuel, Bith Kuochgoor Koor and Lang Miakol Kiir. While the two that were injured are Chan Kur Miyen and Monyjok Mayiik Ngor.

Local officials and residents claimed the attackers were from a neighbouring Northern Liech state. The attackers have yet to be identified and no group has come out claiming their responsibility for the attack.

Officials have however not confirmed nor denied whether the attackers were part of the armed opposition forces allied Riek Machar, the former first vice president or the group allied to Taban Deng Gai’s SPLM-IO, whose home village is close to where the incident occurred.

Both Machar and Gai have supporters in the area. Thiji Dawad Deng, the governor of Ruweng hails from the faction allied to Taban Deng Gai. The leader of the SPLM-IO split from Reik Machar in 2016 after a clash between those whose loyalties lie with Machar and those whose are in the government force, under the command of President Kiir.

Locals see Machar as an advocate for a genuine cause and Gai as someone who betrayed the cause when he participated in the war that took place in 2013.

The Governor of Ruweng said there was an armed group that was sighted coming from the direction of Northern Liech State that attacked the area on March 10, 2017.

The Governor said no cattle were taken in the attack.