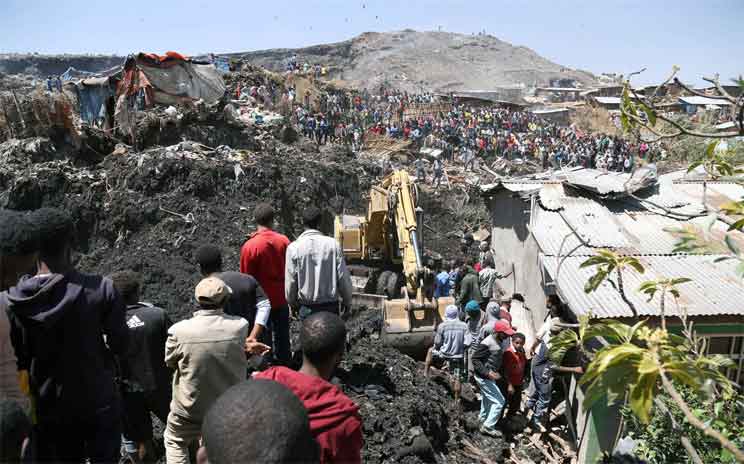 The number of people who has lost lives from Addis Ababa’s massive garbage landslide has sharply climbed to 113 on Wednesday, a city official confirmed.

Among the total 113 who lost their life 75 of them, Diriba said were women.

He added that search operations to find more bodies are nearing completion.

The accident happened on Saturday night when a 50-year old rubbish mountain in the outskirts of the capital collapsed burying dozens of makeshift houses where hundreds of waste-pickers reside to make a living by scavenging used materials.

It is not yet known what has caused the massive landslide at the landfill, locally known as Koshe.

However government officials today told Sudan Tribune that a joint team from Texas and Addis Ababa university are prepared to investigate on what has caused the landslide.

Ethiopians have on Wednesday began a three-day of national mourning in respect of victims.