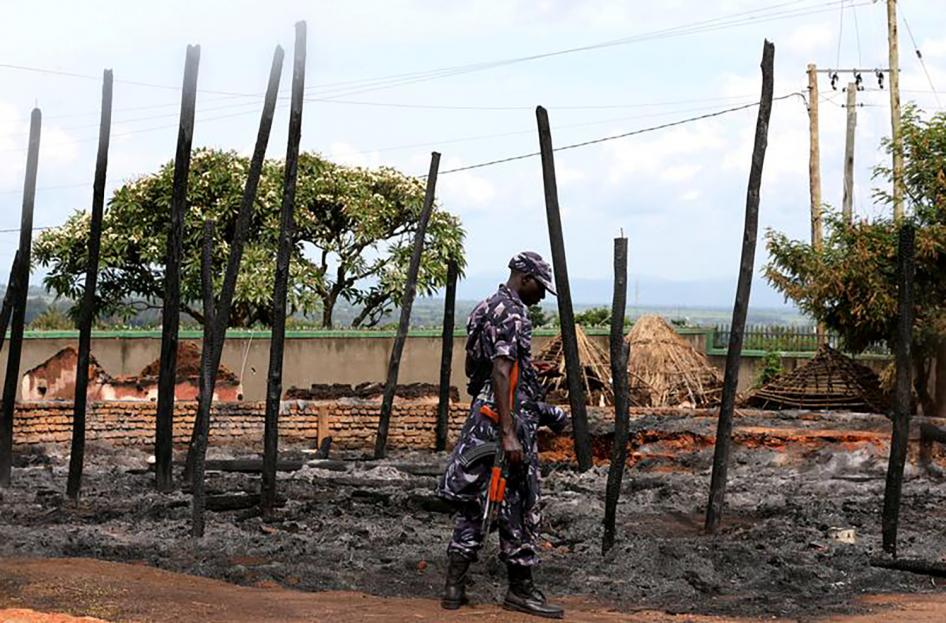 Our examination of the report however reveals several inconsistencies and flaws that do not represent the true facts of the subject matter. The report lacks depth, especially on the genesis of the near break down of law and order, which almost plunged the Rwenzori Sub Region into anarchy. It deliberately omits the incidents that led to the security forces responding, not only to defend themselves but also to maintain law and order.

The following need to be noted for those who may have missed out on the background of this situation:

July 7, 2014; militia groups allied to Obusinga Bwa Rwenzururu in the Rwenzori region carried out coordinated attacks against security forces and civilians. Altogether, they carried out 13 attacks as follows:

o At 3.00pm, they attacked Policemen at a weigh bridge at Hima, killed a Policeman, injured another and took away two (02) sub machine guns.

o At Bigando, a UPDF soldier who was on pass leave was killed in cold blood and his family burnt in his house.

o At Karugutu Police post, these lawless people injured one Policeman and took away one (01) sub machine gun.

o At Kibuku, they ambushed UPDF soldiers who were taking reinforcements to Bundibugyo, killed one of them and took one SMG, but the attackers were neutralized.

o In Bundibugyo, they attacked the Police Station, killed the Officer in Charge of Station and one policeman. They took his weapon.

o They attacked Stanbic Bank but the attackers were neutralised.

o These same militias attacked the Camp of 39 Battalion at Kanyamirima injuring one UPDF Captain and killed one soldier. They were however repulsed.

o The attack on the Palace of Bamba King saw one gun being taken and one Policeman injured.

Directives were issued by government to the militias to disband in accordance with the laws, and in the interest of national security, but they regrettably decided to ignore all the calls, thus necessitating government intervention.

Today’s HRW report ignores the death and causalities the militias inflicted on members of security forces and civilians over the years. It further promotes violence in the region referring to machetes as “agricultural tools” as opposed to Uganda penal code act that defines them as lethal weapons. History reveals that machetes have been used in the great lakes region to cause genocide.

As opposed to the HRW report that sixteen children were killed during the operation, there is no evidence to back this falsehood. UPDF has a well documented record of protecting children, women and non combatants wherever it has operated.

Government of Uganda challenges the authors of the report to mention the families of missing persons and the alleged dead children. They should also provide evidence of deliberate and systematic targeting of children and women.

Our record establishes that a total of 103 deaths were registered. Out of these, 91 were male and 12 female, 16 of whom were police officers. A total of 51 bodies were unclaimed and were subsequently buried in a public cemetery in Kasese after toxicological and DNA samples were taken from each body and have been stored for any future reference. Therefore, anybody who claims a missing person can contact the police.

The report recommends independent investigations on a matter before the courts of law. This is untenable for now because it is at odds with the subjudice rule. However, Uganda does not lack independent investigative capability if there is need. And therefore, the call to suspend some commanders from their duties or restrain them from conducting government duties is uncalled for and unacceptable.

The main focus of government has been pursuing criminal investigation, bringing suspects to prosecution and restore order which is being achieved.

Ofwono Opondo is the executive director of Uganda Media Centre