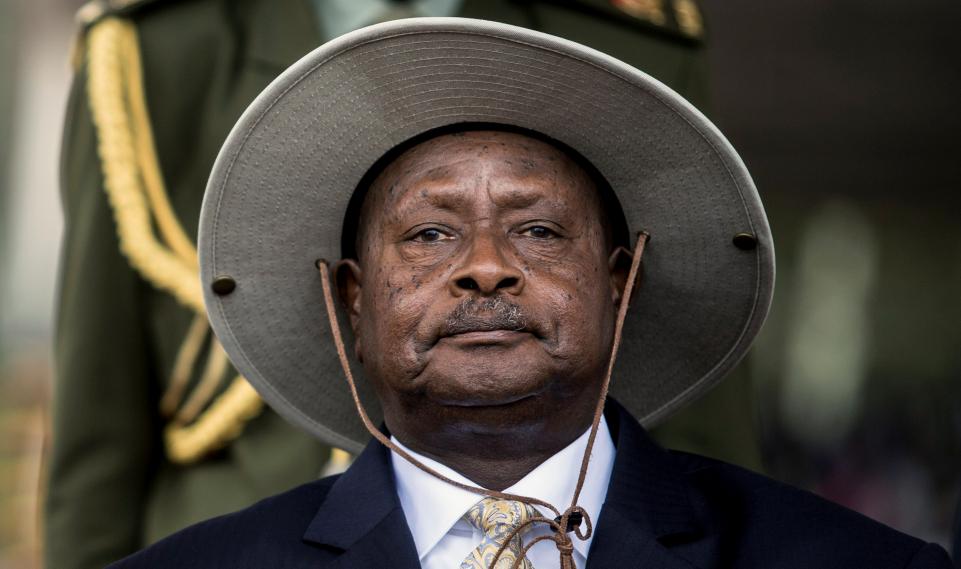 President Museveni has condemned in the strongest terms the killing of (the Assistant Inspector of Police) Andrew Felix Kaweesi by thugs riding on motorcycles.

AIGP Kaweesi, who was also the Police spokesperson was shot and killed as he left his Kulambiro home. He was expected to address a group of final year students at Uganda Christian University.

An infuriated Museveni has since directed the immediate installation of cameras in all major towns of Uganda and along the highways.

“We have been planning to do this project for some time but we have been postponing it on account of other priorities like the roads and electricity,” he said.

“Since, however, these thugs think they can use this remaining gap in our otherwise robust security frame-work, I have decided and directed the Minister of Finance to work with Police to immediately close this gap.”

“Meanwhile, the security personnel and all citizens should be vigilant and on the lookout for these thugs who have made it a habit to use motorcycles to kill people.”

A number of high ranking Ugandans have recently been killed in the same gruesome manner, including  Prosecutor, Joan Kagezi, Major Kigundu and a number of Sheikhs.

“If you notice such characters and especially if they are trailing a person with armed guards, you should take prompt action and challenge them,” Museveni urged.