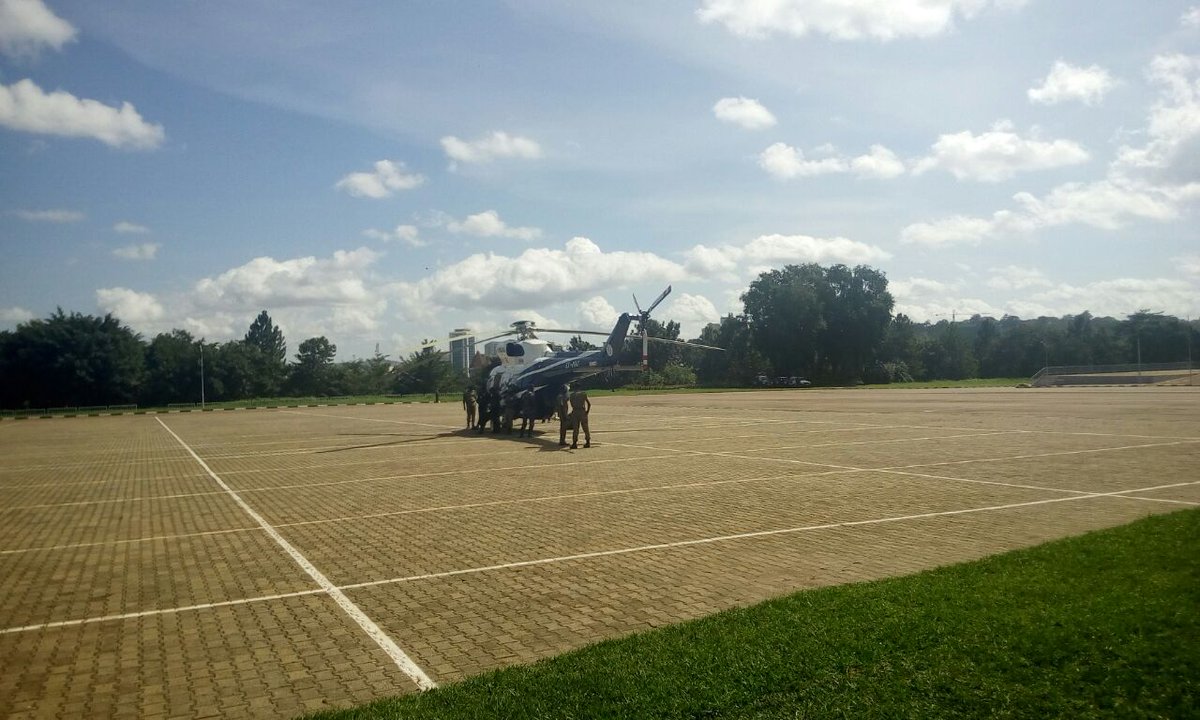 The body of slain Assistant Inspector General of Police, Andrew Felix Kaweesi has Monday afternoon been flown to his ancestral home in Lwengo, in preparation for burial.

Kaweesi who was shot and killed on Friday March 17th will be laid to rest on Tuesday March 21st in Kyazanga, Lwengo district.

Earlier in the day, a requiem mass was organized at Rubaga Catholic Church in honour and remembrance of the police spokesperson where multitudes gathered to pay their last respects.

He was eulogized as a man who was down to earth and always seeking to make the world a better place.

Inspector general of police Kale Kayihura has described Kaweesi as the man who challenged him and introduced him to Police, after crossing over from the UPDF.

“When I was given this responsibility, I felt like a UFO because I had never interacted with the police,’ Kayihura told mourners.

“However, in the meetings I suddenly noticed an officer who was always challenging me. The rest always kept quiet but Kaweesi challenged me. He wouldn’t do so unpleasantly. I therefore decided that this man could help me fit in the police.”