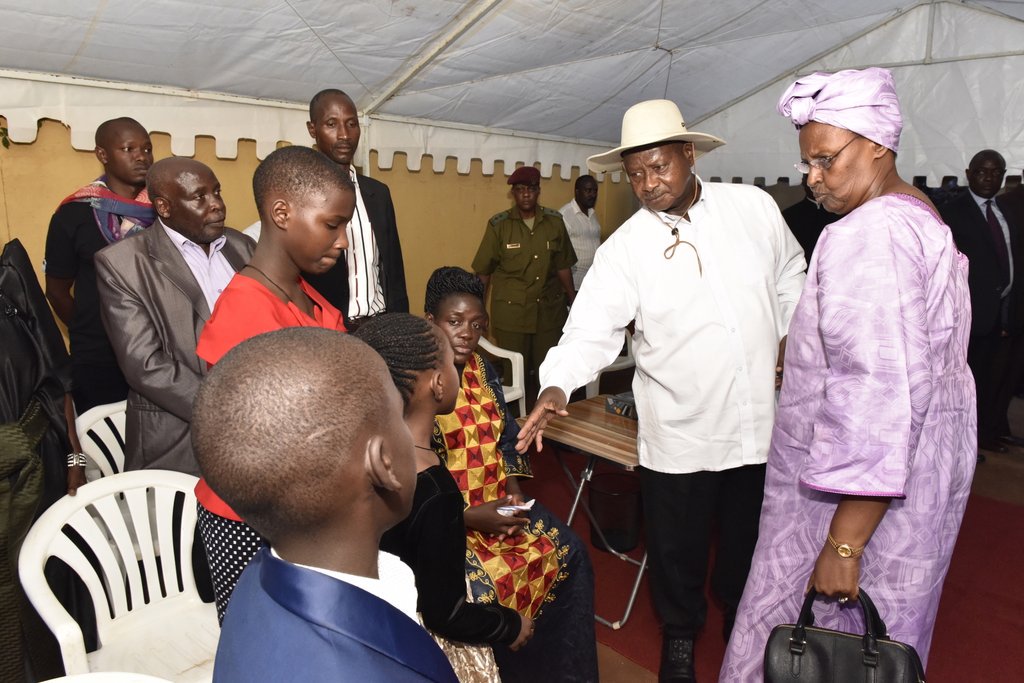 President Yoweri Museveni told mourners at slain police spokerson Andrew Felix Kaweesi’s home that the families of police officers murdered in cold blood at Kisaasi-Kulambiro in Kampala on Friday will be supported.

Museveni tasked police chief Kale Kayihura to clean the police which he said had been infiltrated by criminal elements.

He also vowed to hunt down the assassins.

The president equally assured the bereaved families of support because the slain officers had lost their lives serving their nation.

“I want to pledge, we shall give his [Kaweesi] family all the support that is needed because he has fallen on duty. I want to extend my condolences to the family and to the clan,” he said.

“We shall support these young families in honour of their fathers who have died on duty.”