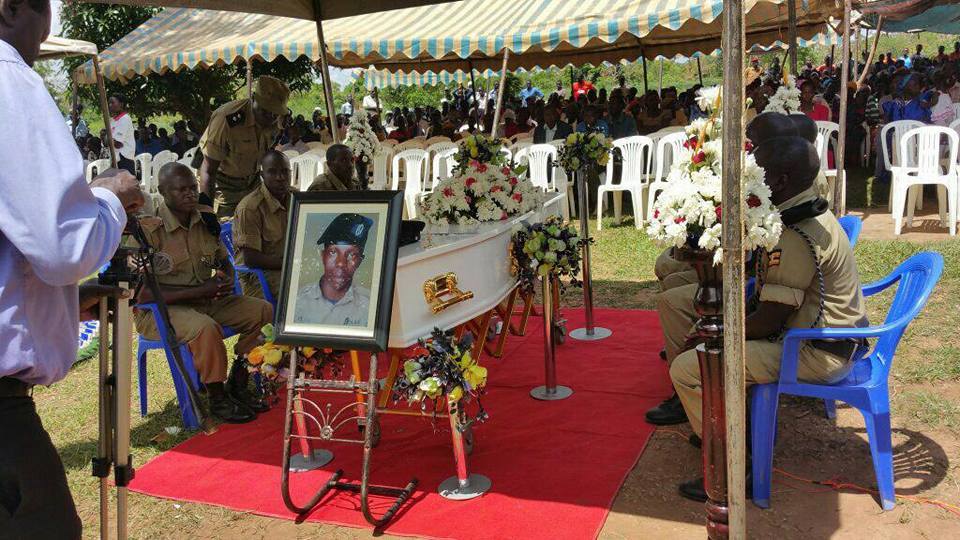 It was pain and grief as slain body guard of Assistant Inspector General of Police, Andrew Felix Kaweesi was being laid to rest.

Corporal Kenneth Erau was Friday morning shot and killed together with his boss, Kaweesi and their driver, Godfrey Wambewa after an attack on their car by unidentified armed men.

They were traveling in a black SUV headed to Uganda Christian University where Kaweesi was scheduled to speak at a seminar.

Erau’s has been buried today, Monday at his ancestral home in Orungo village in Orungo parish, Orungo sub-county in Amuria district.

The burial was attended by among others Internal Affairs minister, Jeje Odongo, who also doubles as the area MP.

The burial of the driver, Wambewa also took place today while Kaweesi will be buried on Tuesday in Lwengo District.