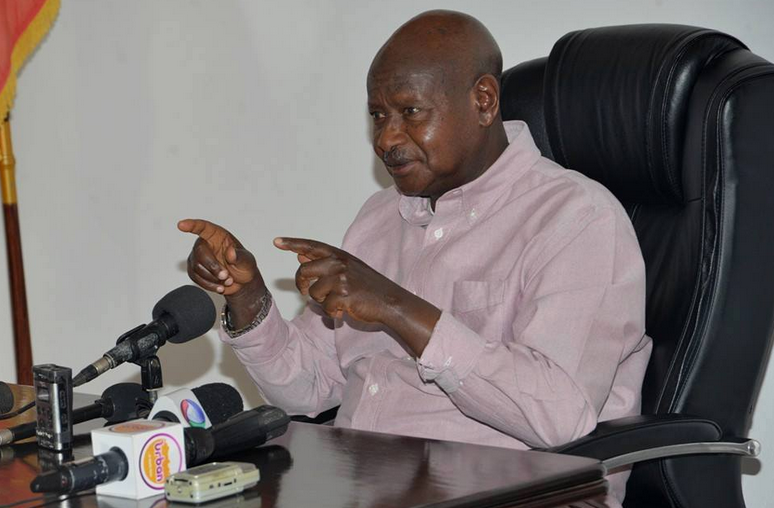 Uganda’s president Yoweri Museveni assured mourners at the home of slain police publicist Andrew Felix Kaweesi in Kulambiro-Kisaasi in Kampala that the murderers shall be defeated.

The president assured mourners that the murderers who claimed the lives of gallant police officers would be killed by the forces which have a track record of dealing with rebels and criminal gangs – Lord’s Resistance Army (LRA), Allied Democratic Forces (ADF) and cattle rustlers.

“The [ruling] NRM and the UPDF [army] and the police have defeated most [of] the criminals that were disturbing the peace of Uganda. I want to tell those killers that we shall get them. We shall kill them or capture them,” he said.

Museveni then addressed the assailants: “That is my message to the criminals. You are going to die because you have killed our people.”

Meanwhile, Museveni told police chief Kale Kayihura to clean up the Uganda Police which he said had been infiltrated by criminal elements.