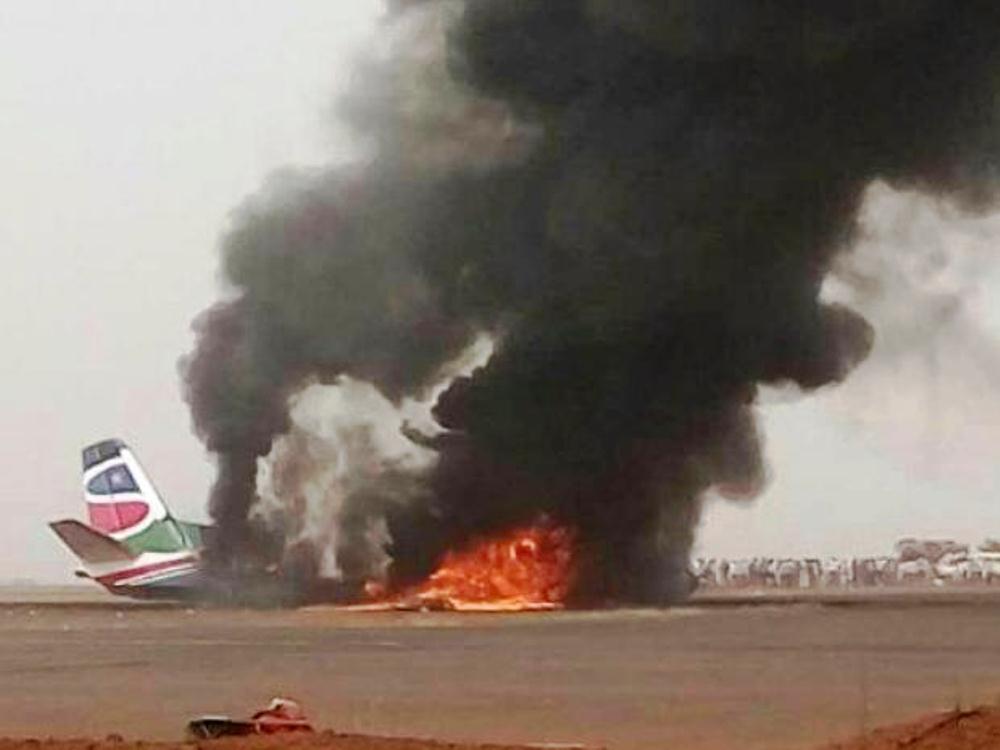 An Antonov AN-26 commercial aircraft on Monday crashed in South Sudan’s Wau town, primarily reports indicate there are no human causalities only several people injured.

The actual cause of the crash remains unclear.

The South Supreme Airlines was carrying more than 50 people when it hit the runway while trying to land on arrival at Wau airport from Juba.

Reports from Wau say the plane landed safe but due to the bad weather conditions, the pilot hit a truck of the fire brigade at the airport.

An official from the civil aviation authority in Wau town confirmed the incident, saying it was unfortunate. The eyewitness claimed the plane crashed and burst into flames.

“It is an unfortunate incident. The plane crashed while I was approaching the airport because I was expecting my friend, who has a letter from Juba to deliver to me. It crashed while attempting to land and immediately in burst into a flame”, a witness reportedly told Sudan Tribune from Wau airport.

Survivors were pulled from the burning wreckage after the passenger plane crashed at Wau Airport on Monday afternoon.

Wau Governor Andrea Acho told reporters at Wau airport that a team of doctors and the rescue personnel from the United Nations Mission in South Sudan in collaboration with national doctors have been deployed at the airport to treat the injured passengers.

He further said that authorities at the airport are still investigating into civilian casualties.

We want to find out how many died,” said Acho.

Photos taken by people at the airport showed the scorched wreckage of the plane in pieces as it was surrounded by emergency services, airport personnel and UN peacekeepers.

Smoke filled the air as firefighters arrived at the scene of the air disaster and poured water on the plane’s smouldering remains.

South Supreme Airlines is a South Sudanese airline which began operating in September 2013, with a handful of flights every week between South Sudan and neighbouring Uganda.