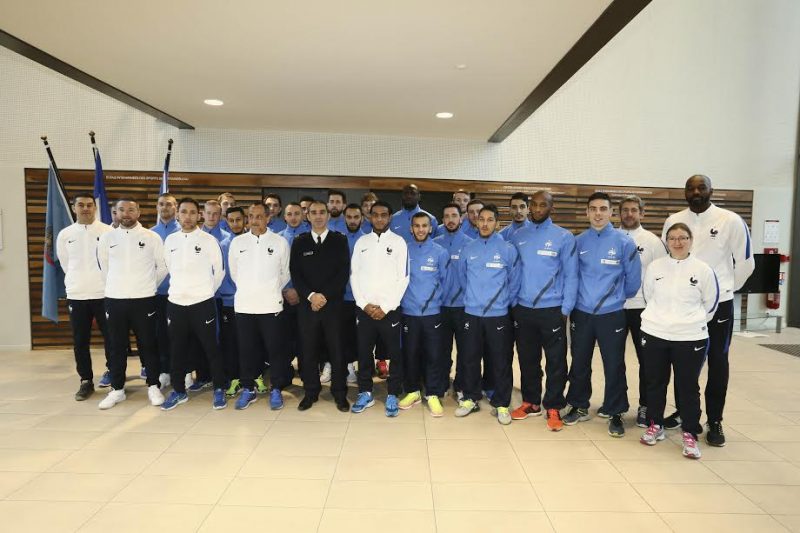 The French Military team has arrived in Uganda ahead of their friendly match against the Uganda Cranes.

The team is in town to face off with the Uganda Cranes in a match organised to mark the end of “The France- Uganda Friendship Week.”

The week-long celebration was aimed at recognising and celebrating the shared values, comradery and friendship between Uganda and France through music, food, culture and sport.

It started on 18th March will climax on 25th March 2017 with a sports and music extravaganza.

This final event will convey the shared values of sports and music between Uganda and France. Proceeds will finance a charity project on sports and children.

A great line up of Top Ugandan artists like Bebe cool, Sheebah and Eddie Kenzo have already confirmed their performance at this final event.

Total Uganda which is a key sponsor of this friendship week views it as an opportunity for them to join their customers to celebrate the cultural diversity between the French and Ugandan cultures.

Total believes that even though we all experience football in our own way, passion brings us together: Football knows no borders or cultural differences.