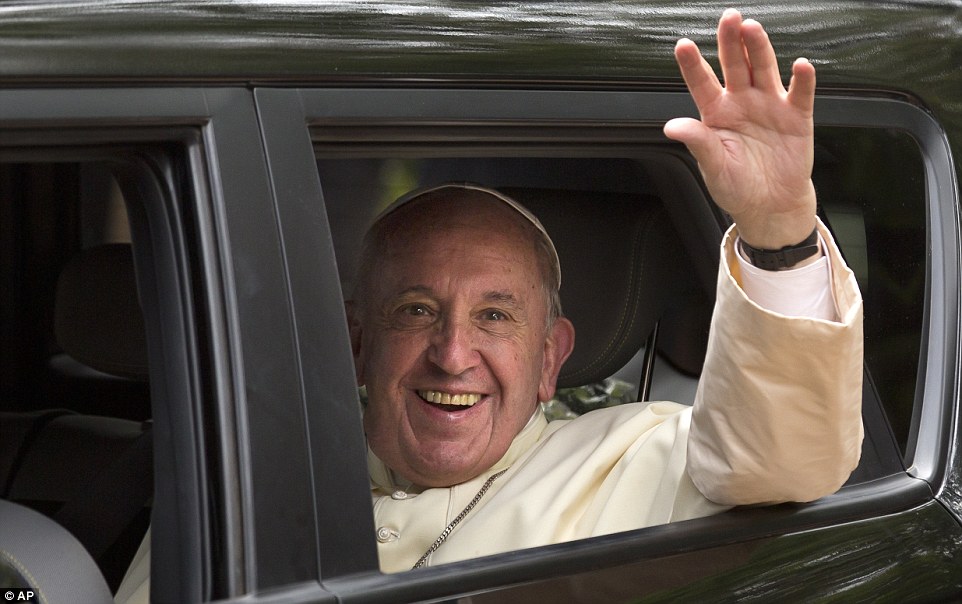 Pope Francis, the head of the Roman Catholic church, is set to visit South Sudan in October if the security situation improves.

“We have been informed (by a Vatican official) that he [Pope Francis] will come in October, but we don’t know the exact date yet,” Yei Bishop Erkolano Tombe reportedly told Reuters.

“It depends on the security situation between now and October. If it remains as it is now, he will come,” he added.

The Roman Catholic Church head has earlier expressed willingness to visit the war-hit nation to preach peace, but no time frame had been given.

South Sudan descended into civil war in mid-December 2013 when a dispute between President Salva Kiir and his former deputy Riek Machar led to an outbreak of violence, killing tens of thousand of people and displacing nearly two million.

Last month, aid agencies declared an outbreak of famine in a country where an estimated over 5 million people are likely to face starvation.

“Many people have died. They were shot while trying to harvest their crops … There are over 100,000 people trapped in Yei,” Tombe told a meeting in Rome.

“I don’t want to lose hope but this hope has to be based on negotiations. If these warmongers don’t come and sit together the war will continue,” he added.

Last month, the pope said he wanted the Archbishop of Canterbury, also head of the worldwide Anglican Communion, to accompany him to South Sudan.

According to the World Christian Encyclopedia, the Catholic Church was the largest single Christian body in Sudan since 1995, with 2.7 million Catholics mainly concentrated in South Sudan.