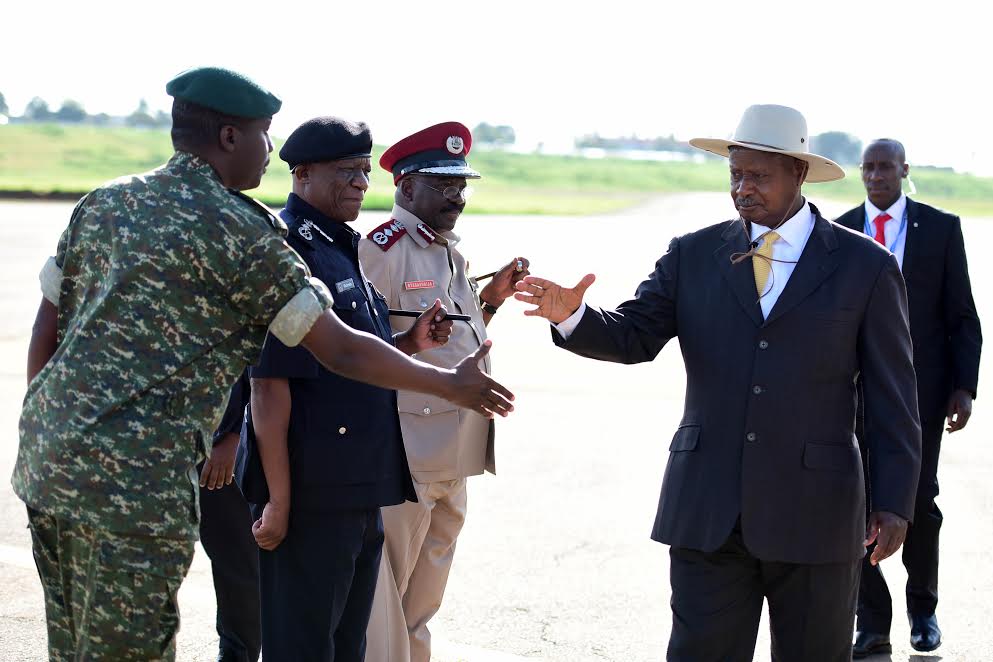 President Yoweri Museveni has left for Nairobi to attend a special Summit that is bringing together the Heads of State and Government of member countries of the Inter-Governmental Authority on Development (IGAD), the international community and other stakeholders with the aim of marshaling a comprehensive regional approach  to deliver durable solutions for Somali refugees whilst promoting sustainable re-integration of returnees in Somalia.

The President was seen off at Entebbe International Airport this evening by the Chief of the Defence Forces, Gen. David Muhoozi, Deputy Inspector General of Police, Mr. Okoth Ochola and the Commissioner General of Uganda Prisons, Dr. Johnson Byabashaija.

More than 2 million Somalis have been displaced in one of the world’s most protracted humanitarian crises that have now entered its third decade. An estimated 1.1 million Somalis are internally displaced within Somalia itself and nearly another 1 million are refugees in the Eastern African region.