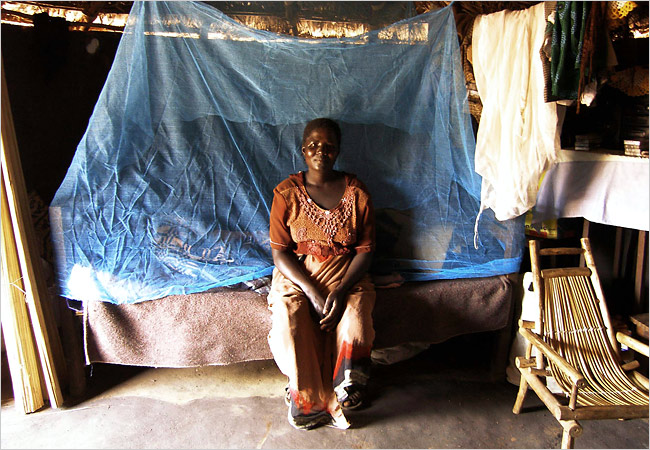 While a campaign to distribute 24 million mosquito nets continues across Uganda, a new study has revealed that mosquitoes have become resistant to insecticides used in nets.

Conducted by the National Control Programme Operational Research Desk, the findings of the study indicate that the chemicals used in the nets are no longer a deterrent to the malaria-spreading insects.

The findings were presented last Friday in Kampala with researchers saying that mosquitoes in the districts of Busia and Soroti had become more “defiant”.  The study’s principal investigator Dr Myers Lugemwa said: “All living things, including mosquitoes have become defiant to some chemicals used in killing them.”

But Lugemwa added that a solution to this resistance was being sought.

Head of the National Malaria Control Programme Dr Jimmy Opigo admitted that “we can’t adopt a one-size-fits-all approach, but rather different areas have different characteristics and require different solutions.”

A large section of the Ugandan population (about 78 per cent) own mosquito nets according to the Uganda demographic and Health Survey report launched recently.

Meanwhile, the worrying research revelation has not stopped government from distributing the mosquito nets. In the second wave of distribution, 4.5 million people in west Nile and northern Uganda have got free nets. They include: Dokolo, Budaka, Bududa, Amuria, Bukedea, Bulambuli, Kaberamaido, and Katakwi. Others are: Kumi, Manafwa, Ngora, Serere, Sironko, Soroti, Abim, Amolatar, Amudat, Kaabong, Kotido, Moroto and Nakapiripiriti.