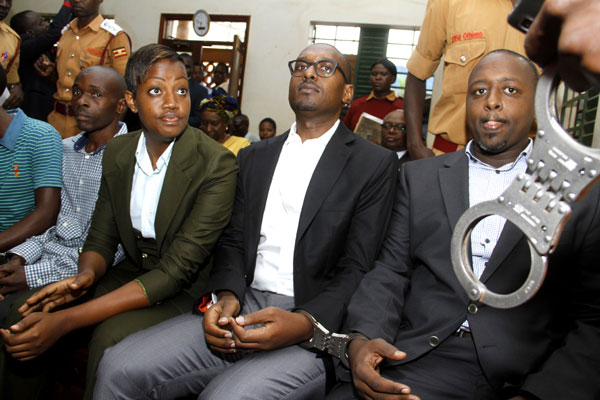 The trio is facing murder charges over the killing of child rights activist, Kenneth Akena.

But they have insisted that they did not kill Akena but rather acted as good Samaritans who rushed a shot man (Akena) to the hospital.

Justice Yasin Nyanzi ordered the sureties to pay Shs 50m not cash. Joseph and Munwangari were ordered to pay Shs 5m in cash before being released.

This was the third attempt for the trio to seek bail. Over a month ago, the accused had applied for bail, but were unsuccessful with court not convinced about the reasons they advanced to be granted bail.

In one of the earlier court sessions, relatives of Akena led by Aruu North MP Samuel Odonga Otto protested at the court. They turned their guns to Winnie Byanyima Executive Director of Oxfam International and wife to opposition kingpin Dr Kizza Besigye for agreeing to stand surety for the witnesses.