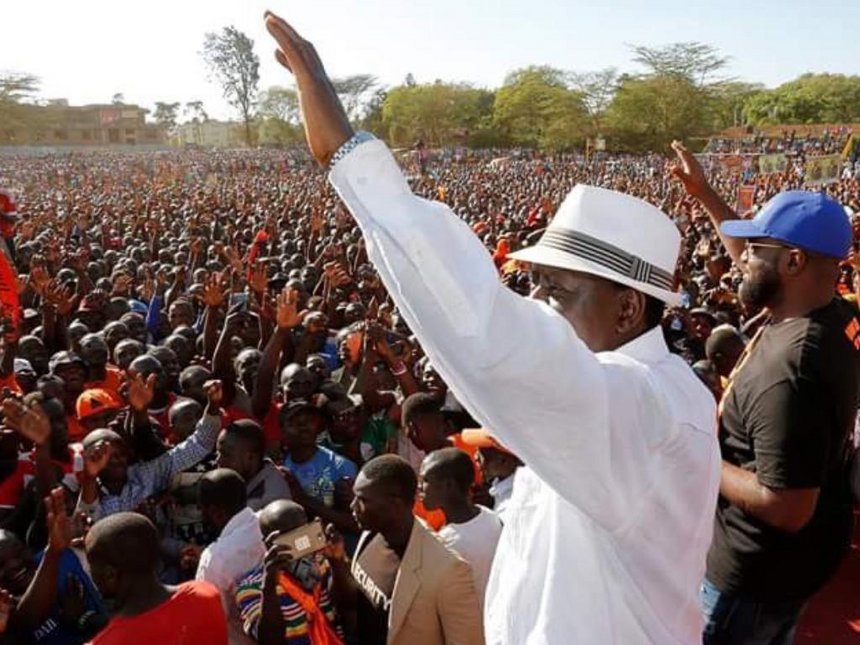 The National Super Alliance,  a loose grouping of Kenyan opposition will establish a parallel tally centre and announce its own results in August’s general polls, Raila Odinga, one of its co-principals has said.

Odinga made the remarks at a weekend rally in Nairobi.

“As IEBC will be announcing their results, media houses will be relaying their results as well. We as NASA will also announce our results from our tallying centre,” said Odinga, also leader of the Orange Democratic Movement (ODM) party.

“This afternoon, I held a public baraza [rally]accompanied by my Deputy Hassan Joho, the Nairobi Governor Dr Evans Kidero and his Deputy Jonathan Mueke where we announced our intention to set up a parallel national tallying center to monitor and protect the vote of the people.”

But Odinga and NASA’s announcement has been greeted with mixed reactions with a social media campaign  under the hashtag #RailaPlanningChaos trending on Twitter.

Meanwhile, NASA remains divided on who among the co-principals will face Jubilee’s Uhuru Kenyatta. The rope-pulling for the alliance’s ticket is tense between Odinga and former vice president Kalonzo Musyoka.