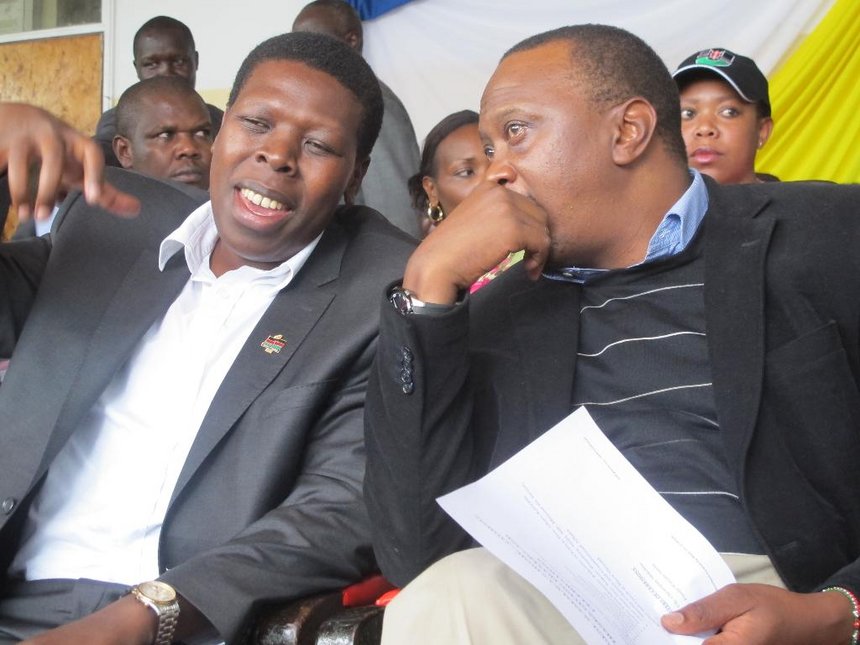 “No, they are not campaigning. They are merely describing the investments made under President Kenyatta and the impact thereof, and why therefore it is important for the President to be re-elected to continue with the task of transforming Kenya,” Esipisu had said.

“For us, it is really a question of accountability. It is precisely because [it is when] public officers are speaking more that the country acknowledges that Kenya is irreversibly transforming.”

But speaking at Bomas of Kenya on Monday, Odinga, a co-principal in a loose political coalition National Super Alliance (Nasa), poked holes in State House’s defence.

“Uhuru must prepare to leave office with his political civil servants. We won’t allow them to serve in a Nasa government,” he said at the Bomas of Kenya.

Odinga, a former Kenyan prime minister, expressed worry that the involvement of civil servants in political campaigns would interfere with the principle of separation of powers.

“Today, I want to school Jubilee on something called separation of powers. You cannot have civil servants running around campaigning. It is wrong,” he said.

“In a credible civil service in established democracies, civil servants don’t participate in politics. It is wrong from CSs and PSs to be in politics.”