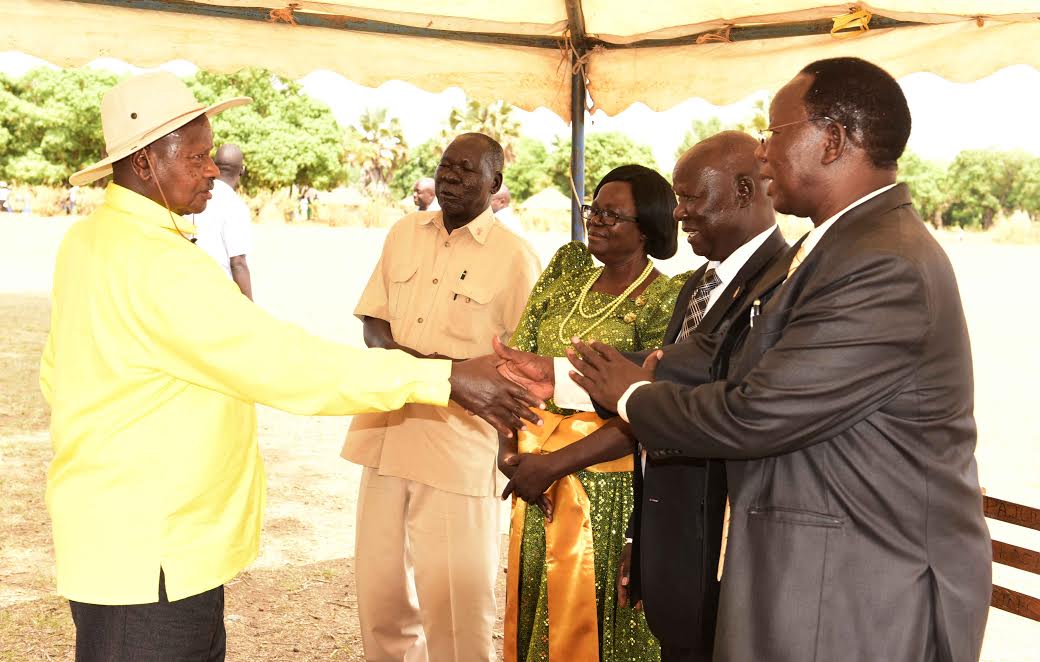 President Museveni has met the family members of the late Kenneth Akena, ahead of the by-election rallies for the Member of Parliament in Aruu North Constituency, Pader district.

Kenneth Akena died on November 2016 after allegedly being shot by Matthew Kanyamunyu at the Game Stores, Lugogo in Kampala.

President Museveni consoled the family upon the death of their son and thanked them for being patient and keeping calm during the whole trial.

He urged them to give the court chance to do its work, as the suspects were already being tried.

Mr. Francis Omuna thanked the President for having spared time to meet them and told him that they were waiting for justice from the courts of law.