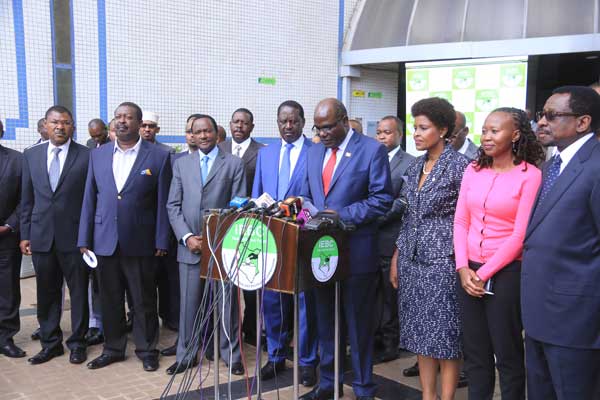 The leaders of Kenya’s loose opposition coalition, the National Super Alliance (Nasa) on Thursday met with the Independent Electoral and Boundaries Commission (IEBC) commissioners days after Nasa said it would set up a parallel tallying centre and announce its own results in the August general elections.

Related: Odinga Says His Opposition Alliance Will Tally And Announce Its Own Results

IEBC chairman Wafula Chebukati told journalists after the meeting that the two parties had agreed that political parties and the media can monitor elections but only the commission can announce official results.

He added that parties would also be allowed to have agents at polling stations as the law stipulates.

Wafula also noted that the resolution had been reached amicably.