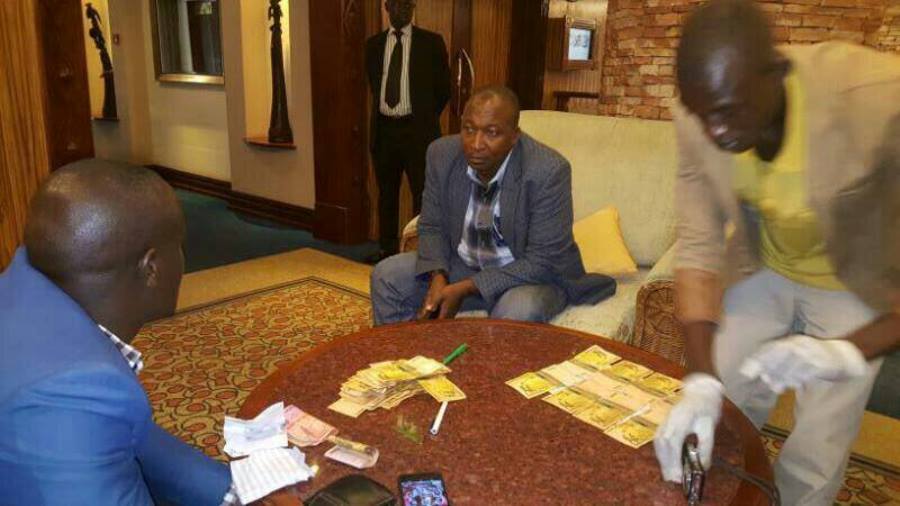 Security operatives have arrested the State Minister for Labour, Employment and Industrial Relations Herbert Kabafunzaki over soliciting a bribe, The Tower Post has learnt.

Kabafunzaki was netted on Saturday afternoon by detectives from the central Police Station at the Kampala Serena Hotel.

Kampala Metropolitan Police Spokesperson Emillian Kayima confirmed the arrest adding that he was arrested together with a Brian Mugabo who is a clearing agent.

Reports have indicated that the minister was found taking a bribe from a one Hamid of Aya investment limited.

This week he reportedly went to Aya office’s Nakasero to intervene in a matter where a former female worker had complained of sexual harassment.

The Minister would later ask for a bribe from the company to clear their name in the media.

The Aya brothers agreed to give him 5m today and another 5m after he cleared their name at a press conference which was slated to take place on Tuesday.

Kabafunzaki also doubles as the area Member of Parliament for Rukiga county in Kabale District.

Prior to his election as MP, he served as a District Councilor in Wakiso District.

By publication time, the minister was recording a statement at Serena and some of his family members had arrived at the scene.