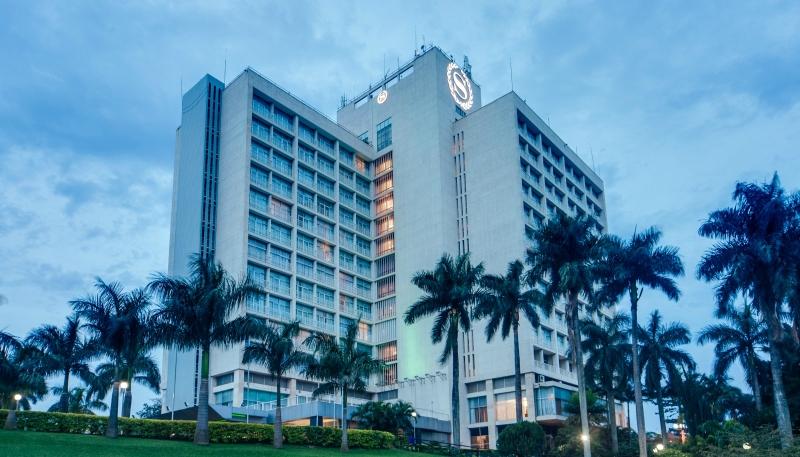 The world travel awards have been around since 1993 and its purpose is to acknowledge, reward and celebrate excellence across all sectors of the global travel and tourism industry. This year’s awards will be held on 11th October at Radisson Blu Hotel in Kigali, Rwanda.

Sheraton Kampala Hotel last participated in 2007 and it won the award of Uganda’s leading hotel in Uganda and these nominations come at the right time as the hotel celebrates its Golden Jubilee.

Sheraton has been nominated following the tight criteria by the organizers and travelers.  For country awards like the ones Sheraton Kampala Hotel is being nominated for; they reflect the range of products and service offerings of an individual country’s travel and tourism industry and the annual final shortlist of nominees for each country award is reached via the following criteria: The winner and two runners-up of the previous year’s automatically get nominated however they are again vetted after which must be approved to be nominated. Besides being self-nominated, they are vetted and approved basing on WTA commendations.

“We are very delighted and quite positive with these nominations. I believe we are the best hotel in these categories We want to thank the team at World Travel awards for organizing these awards and wish all the nominees best of luck. I encourage all our clients and the general public to vote for us” Commented Mr. Jean Philippe Bittencourt the General Manager of Sheraton Kampala Hotel.

Voting is now open and to vote for Sheraton Kampala Hotel follow the link https://www.worldtravelawards.com/vote .

“Thank you for supporting us for all these years. Without you we wouldn’t be the number one hotel we are now. We invite you to come and participate in our #SheratonMemories campaign by sharing photos of your old memories at Sheraton and as always you stand to win amazing prizes from us. These awards clearly reflect our hard work to make it the number one Hotel in Uganda and off course we wouldn’t be number one without your continuous support.” Concluded Mr Bittencourt.