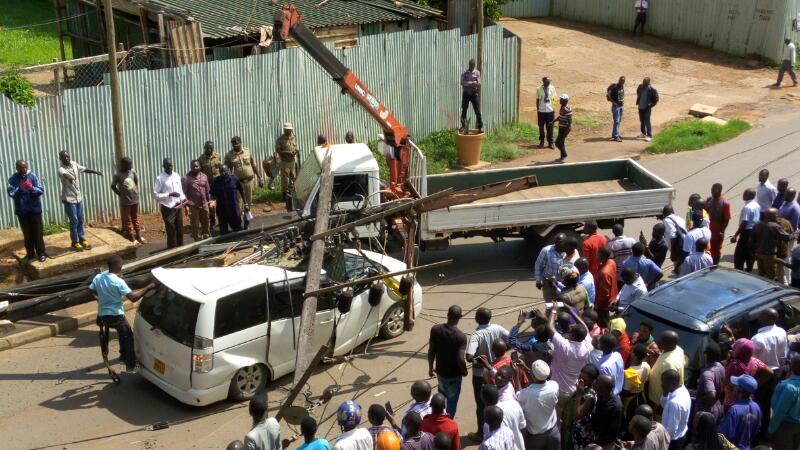 Authorities at electricity distributor Umeme Limited have issued a statement on an accident involving an electricity pole.

The Tuesday accident happened at Dewinton Road next to parliament, where the transformer fell in the middle of the road hitting a vehicle and injuring its occupant.

Eye witnesses said the transformer pole was rotten and has earlier showed signs of breaking some day.

in a statement, UMEME have confirmed the accident.

According to UMEME, the broken pole affected power supply in Ntinda, Kisaasi, Kisota, Kyanja, Kulambiro and  Bahai but engineers have since worked to restore supply.

“The confirmed name of the victim is Rose Muhinza. Currently admitted at Mulago. Condition being monitored,” UMEME tweeted.

“Our Team on site has removed the wreckage of Rose’s car, a VOXY UAT 591S.”