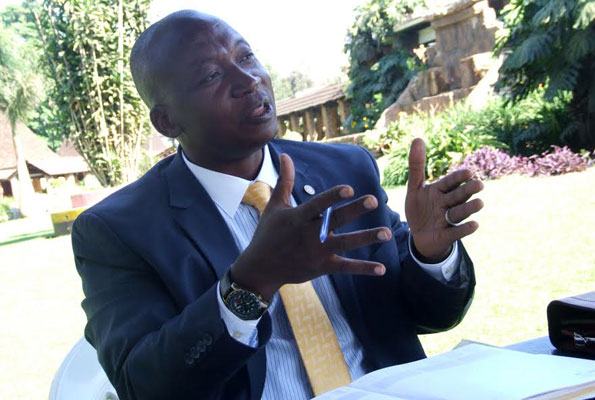 State Minister for Labour, Employment and Industrial relations Herbert Kabafunzaki Tuesday told the press as he boarded the Prisons bus back to Luzira that even president Yoweri Museveni knew he was innocent but the opposition Forum for Democratic Change (FDC) party had framed him.

Earlier Minister Kabafunzaki appeared before the Anti-Corruption Court and denied charges  of soliciting a bribe from businessman Mohammed Hamid of Aya Group.

“My enemies, the FDC supporters in my constituency are behind this. They are framing me [but] even the President [Yoweri Museveni] is aware of this,” Kabafunzaki said.

But Kabafunzaki denies ever calling Hamid to arrange a meeting.

“I didn’t call that man from AYA to meet up. I was at Serena Hotel having lunch with my daughter,” he said, suggesting that he was ambushed.

He also claimed that Museveni was certain of his innocence: “The good thing President Museveni knows that I’m innocent. I’m a man of God.”

Kabafunzaki returns to court today for his bail application hearing.